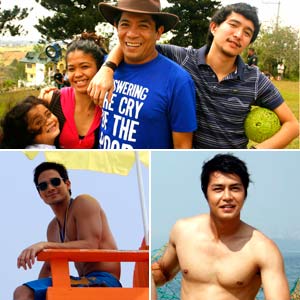 According to ABS-CBN Creative Communications Management (CCM) Head Robert Labayen, the concept is anchored on the idea of summer as the perfect time to enjoy and, at the same time, gear up for change.

"Every summer day is the perfect time for new beginnings. Every day is a chance to be pro-active, to help save the environment, to promote livelihood, and to look at the world we live in, in a brand new light," said Labayen.

Inspired by the colors and images of the art technique called "collage," all of their campaigns and summer activities form different images that become part of one final canvass painting a better world for Filipinos.

Watch for the premiere of "Summer ang Simula," which will be aired during the March 21 episode of ASAP XV on ABS-CBN.