Sir Elton John will grace this year's Idol Gives Back 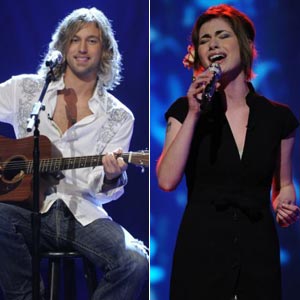 This Thursday, April 22, on American Idol, which airs locally on Q Channel 11, the Emmy Award-winning special Idol Gives Back will feature performances and appearances by some of Hollywood's biggest stars—such as Alicia Keys, Carrie Underwood, The Black Eyed Peas, Annie Lennox, and Jeff Beck—as well as a few surprises.

This year's version will have Sir Elton John performing on behalf of the Elton John AIDS Foundation. A legend since forming his first band way back 1961, John continues to sell out concerts all over the world. He established the Elton John AIDS Foundation to support innovative HIV prevention programs, efforts to eliminate stigma and discrimination associated with HIV/AIDS and direct care, and support services for people living with the disease.

Also joining Idol Gives Back this year is the Bill & Melinda Gates Foundation as a not-for-profit partner on the charity special. Believing that every life has equal value, the Gates Foundation works to help all people lead healthy, productive lives.

A brainchild of Simon Fuller, Idol Gives Back has made history by raising over $140 million for charity to date. This year's special will help raise awareness and funds to benefit various U.S. and international charities, including Malaria No More, Children's Health Fund, Save the Children's U.S. Programs, Feeding America, and the United Nations Foundation. As previously announced, News Corporation, Ford Motor Company, Coca-Cola, AT&T and ExxonMobil will return as corporate sponsors of Idol Gives Back and will generously donate to the historic Emmy award-winning television event. U.S. viewers will once again be able to make donations during and after the show.