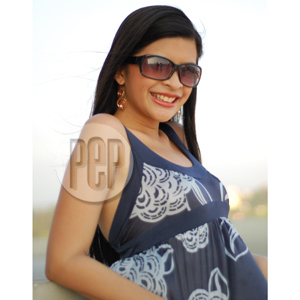 Dokyu has established itself as a venue for student and independent documentary/filmmakers to show their work on national TV. This ABC-5 show has been recognized by award-winning bodies including the Kapisanan ng Brodkasters ng Pilipinas and the Catholic Mass Media Awards.

However, despite these awards, it was one of the four public affairs shows axed earlier this year, reportedly due to financial setbacks. This Friday, May 18, Dokyu returns on-air with a new host, a new format (it's now a competition), and a P50,000 tax-free cash prize for the season's winner. The show airs at 10 p.m. every Friday starting May 18.


"I've always been a fan of Dokyu. Maybe because I've always wanted to make a documentary like anyone else, but never did. I was really surprised that they got me. But apparently what they wanted is someone who could appreciate documentaries the same way anyone else could," says Patricia in an interview with PEP (Philippine Entertainment Portal).

Patricia received media attention upon winning the English Speaking Union's (ESU) International Public Speaking Competition in London in May 2004. Her 5-minute extemporaneous speech entitled "A Borderless World" bested 59 contestants from 37 countries. Back then, she was an 18-year old Speech Communications sophomore in the University of the Philippines.

A fan of Davis Guggenheim (An Inconvenient Truth) and Michael Moore (Bowling for Columbine and Fahrenheit 9/11), Patricia names Auraeus Solito (Ang Pagdadalaga ni Maximo Oliveros) as her favorite in the indie filmmaking industry. She shares that the best part about making documentaries is the opportunity to see life through another's eyes. "As I am a journalist, I deal with [the] truth. And there's a lot, e. [Through documentaries] I see the way other people look at the world. It's an opening of perspective."

More than opening perspectives, Dokyu is designed to be a mainstream platform for student and/or independent documentary/filmmakers. "It gives a lot of people an opportunity to have a voice. That means a chance to make a difference, in whatever cause you have," says the 21-year-old Patricia, adding that she'll do more than host the show. "Dokyu is very generous in that they include me [in] the planning and let me watch the documentaries beforehand. I get to give my creative input in which direction we can go."

And with the Dokyu entries she's seen so far, she seems impressed. "It's very creative, very brave and very willing to laugh at the world and take it seriously at the same time. If you are going to use those documentaries as gauge of how the youth think, I think they are very perceptive, very progressive, and very open minded."

If given an opportunity to make her own documentary, Patricia would zero-in on her advocacies. "I'd like to do a documentary on Operation Smile which is bound to happen eventually, with or without me. I also want to make one about the children who are caught in the crossfire-military and NPA [New People's Army]. These are 9-year old, 7-year old children, and they're shot. And when they are, the military claims that they are child warriors. For me, these are kids who'll never have their voices heard, and will be forgotten. I want them to be remembered and I want to make sure that it happens as little as possible in the future."

Patricia is the national youth spokesperson for Operation Smile Philippines, and actively writes against political and military violence. Aside from these, she also writes for Living Asia Channel and Media in Focus on the cable channel ANC.

Even though she is busy with her career, Patricia reveals that she still has time for a love life and that her boyfriend is in showbiz as well. But she refuses to disclose his identity. "No, I won't," she blushes even before this writer could ask the question.

CRITICS' CRICLE. Completing the cast of Dokyu are three distinguished critics who will preview all Dokyu finalists and judge them based on the criteria formulated by the Dokyu circle. Winners will be determined by way of 50 percent text voting/ranking and 50 percent critics' rating. Each episode will include a critic's review of the featured documentaries to guide viewers in evaluating the work.

Magsanoc-Alikpala is the managing director of Asianeye Productions Corporation, producer for ARD German TV, and contributing producer to Cable News Network (CNN). Prof. Arao is an assistant professor of the Department of Journalism at the University of the Philippines College of Mass Communication in Diliman, Quezon City. Lingao is a veteran broadcast journalist and is currently ABC-5's News manager.

Dokyu: Ang Bagong Mata ng Pinoy Documentaries will now be a competition program, in different levels or categories. For the first season it will be a student documentary competition. Dokyu returns on ABC-5 starting this Friday, May 18, and will air at 10 p.m.
Read Next
Post a Comment
Latest Stories