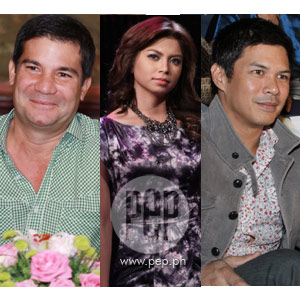 Mega Manila comprises 55 percent of total urban television households nationwide. According to a report furnished by the corporate communications department of GMA-7, the Kapuso Network was also able to increase its lead in Urban Luzon. Although ABS-CBN led in the National Urban Television Audience Measurement, GMA-7 was able to decrease its lead.

In channel ratings, from a one-point lead in July, GMA hiked the lead to 1.2 points in August with 7 points vis-à-vis ABS-CBN's 5.8.

18 entries from the Kapuso Network were able to enter the top 30 Mega Manila programs. GMA News and Public Affairs' Survivor Philippines Celebrity Showdown (SPCS) and 24 Oras were the two highest ranking programs in the roster.

The comeback of the hit reality series Survivor Philippines on primetime television debuted with 18.2 rating points, leaving ABS-CBN's Noah with just 12.8 rating points. The series, which was shot in a remote island in Thailand, is now hosted by Richard Gutierrez.

On the list, seven of the top 10 programs were produced by GMA-7. Other Kapuso shows that made it to the top 10 included Pilyang Kerubin, Ilumina, Endless Love, Kap's Amazing Stories, and Kapuso Mo, Jessica Soho.

In Urban Luzon, where 77 percent of total urban television households nationwide are found, GMA-7 managed to keep its edge over competition. In audience shares, GMA-7 booked a 2.5-point lead with 36.6 points as against ABS-CBN's 34.1. The lead was up from the margin recorded in July, which was at 0.4 point. In channel ratings, the lead grew from 0.1 point in July to 0.5 in August.

Sixteen of the overall top 30 programs in Urban Luzon were from GMA-7. Survivor Philippines was still the highest rated program in the roster. Other programs that made it to the top 10 included 24 Oras, Pilyang Kerubin, Ilumina, Kap's Amazing Stories, and Endless Love.

Based on the National Urban Television Audience Measurement (NUTAM), GMA-7 decreased ABS-CBN's lead in audience shares from 8.2 points the previous month to 5.4 points in August; and in channel ratings from 1.5 points in July to just one point in August.

GMA-7 is now preparing for its lineup of television launches that will grace its programming grid in the coming months. The upcoming Kapuso shows include the game show Asar Talo to be hosted by Edu Manzano, the light drama series Bantatay starring Raymart Santiago, the fantaseries Grazilda to be led by Glaiza de Castro.