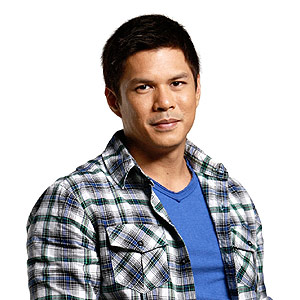 Raymart Santiago will portray a loving father who works as a veterinarian in GMA-7's upcoming drama series titled Bantatay .

Action star-turned-comedian/celebrity dad Raymart Santiago is all set to take on his most lovable role yet as a dead father whose spirit inhabits the body of a yellow Labrador in GMA-7's upcoming drama series Bantatay.

He plays the character of Bernard Razon, a low-profile yet affectionate veterinarian who maintains a small animal clinic, which he inherited from his father. A doting husband and father of three, he was forced to take on the responsibilities of both a father and a mother after his wife Marcella was kidnapped by their evil relatives.

After the devastating event, a group of armed men soon breaks into their home and kills Bernard right in front of his children. Bernard will have a hard time accepting his death and will do anything to remain "alive." So much so that he is actually willing to take on the form of a canine to be able to look after his children and get his wife to come home to them.

Kapuso star Raymart is ecstatic to star in his first light drama series and reveal his softer, more compassionate side. He will also have the chance to showcase his comic timing, which viewers find most endearing about him.

See Raymart Santiago as the adorable, protective, and dependable Bantatay this September on GMA Telebabad.