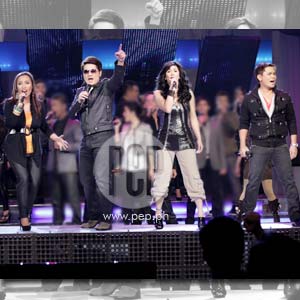 Party Pilipinas takes to the streets, and goes freestyle this Sunday, September 12.

Freestyle, freestyle rap or freestyling commonly refers to rapping without any prepared lyrics. According to freestylerap.org, the rap can be performed with musical instruments or a capella.

Set to perform on stage this Sunday are the infamous open mic rappers from the streets of Tondo, Manila, together with the show's homegrown young rap royalties Elmo and Arkin Magalona. Survivor Philippines Celebrity Showdown host Richard Gutierrez joins a Step Up-inspired number together with Mark Herras, Rochelle Pangilinan, and the rest ofSayaw Pilipinas crew.

Young viewers are in for a treat from Kapuso"tween" sensations Bea Binene, Barbie Forteza, Jhake Vargas, and Joshua Dionisio; plus a sneak peek on the conclusion of the Elmo-Julie Ann love story as depicted in the short film Red Mask directed by independent filmmaker Avid Liongoren.

And faithful still to its Freestyle concept, the show cooked up segments featuring the hits of Parokya ni Edgar and RiverMaya, plus a special treatment on Eraserheads hits never done before on television.

With director Rico Gutierrez at the helm, watch for Party Pilipinas Freestyle on Sunday, September 12, right after Kapuso Movie Festival on GMA-7.