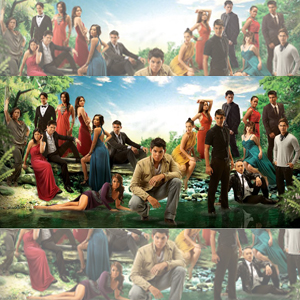 According to Nielsen TV Audience Measurement's Mega Manila Overnight Ratings in both Household and People ratings data, Survivor Philippines Celebrity Showdown led the Top 30 programs from the period of August 30 to September 5, 2010.

For the entire week of August 30 to September 5, Survivor Philippines Celebrity Showdown landed on the number 1 spot of the Top 30 programs, reported GMA-7's corporate communications department.

This is based on Nielsen TV Audience Measurement's Mega Manila Overnight Ratings in both Household and People ratings data.

Eighteen of the Top 30 programs of the week are from GMA-7, with the third season of Survivor Philippines getting the top spot with 16.7 ratings points.

The third and fourth highest-rated shows of the week, based on Mega Manila Overnight People Ratings, are also from GMA-7, namely 24 Oras, with 14.4, and Imbestigador, with 14.

During the said period, Survivor Philippines posted an average 16.7 People Ratings points as against ABS-CBN's Noah's 13.6—representing a lead of 3.1 rating points.

Survivor Philippines also topped the Household Ratings for that week with 31.7 ratings points, leading Noah, which got 27.8, by 3.9 ratings points.

During its pilot episode on August 30, Survivor Philippines was also a worldwide trending topic on Twitter, finishing the day at second place and surpassing even the Emmy Awards, which aired that night.

After two weeks of competition on a remote island off Ranong Province in Thailand, the veterinarian and TV personality Doc Ferdz Recio was the castaway voted off on September 10.