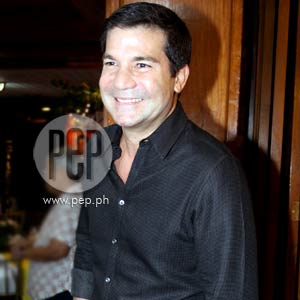 Hosted by Edu Manzano, GMA says this is their biggest treat to all Filipinos who are up to the challenge of facing the most menacing attacks, the most aggressive of audiences, and the most challenging remarks — and it's happening live on television.

The contestant called the "Bida" will have to survive a barrage of taunts, harmless heckling, and boos from the "Kontrabidas" who are also called "Sulsuleros." A celebrity guest will act as the head heckler who will be given the title "Kapitan Kontra."

The Bida has to answer seven questions from the game board with different categories and corresponding cash values where he/she may win the grand prize of as much as P150,000. If he/she commits two mistakes, a consolation prize worth P5,000 will be awarded together with a bonus prize called "Doods Goods" from Edu.

Cheering the Bida from the sidelines are his/her loved ones and friends. Encouragement comes from the "Bida's Angel," played by new Kapuso talent Ellen Adarna.

Adding side-splitting entertainment in the game is a vocal group called "Sung-Its" who will jeer or sometimes sing for the Bida.

"Kasi narinig ko, parang ayaw na niyang mag-TV after the election." She then called up Edu's manager June Torrejon and asked her to relay to him that GMA-7 is interested in getting him as a TV host. "Can we present something to him and that would make him change his mind?"

What is it about Asar Talo that convinced Edu to return to TV?

Edu first clarified the statement that reached some members of the press and Ms. Galvante—that he would never do TV again after elections.

Reinventing himself seems like a habit for Edu. With a modeling background, he entered showbiz as a newbie actor in 1979 with his first film Romansa with the Star for All Seasons Vilma Santos, whom he later married in 1980. They had a son, Luis "Lucky" Manzano. The couple divorced in 1984. In 1985, he ventured into TV hosting with his late night talk show, Not So Late Night With Edu. In 1998, he entered politics and ran for Vice Mayor of Makati and won. He became the first chairperson of the Optical Media Board (a government agency battling optical media piracy) in 2004. His latest foray in politics was running for Vice President in the May 2010 elections.

"When this concept was offered to me, maganda yung presentation. Unang-una, hindi ko na kailangang sumayaw... joke!" quipped Edu on why he accepted the invitation of GMA-7 to host Asar Talo, Lahat Panalo!

"And I'm very curious kung paano nila ilalagay itong lahat ng mga components na ito in a game show, which we were able to do very effectively. And then, of course, I think, they were also very aware of the fact that I also want to evolve as a person, not just as a host. I also want to develop shows.

"And they promised me that I can do things that I miss doing. At ito yung talk show ko. So, I will also be coming back with my Not So Late Night With Edu. Meron ding elements na babaguhin in keeping up with the times.

"And I have to admit—I've always said this—I've always had very good working experiences with GMA. I started Not So Late Night With Edu in 1985 sa kanila. I had a chance to work sa Emergency, at nagkaroon din ako ng short stint sa Unang Hirit. And all of these experiences were very, very pleasant. So, I'd like to think na I developed friendships. I'm coming home and renewing friendships."

Watch how the Bidas defend themselves from all the jeers as well as the cheers in Asar Talo, Lahat Panalo! beginning September 18. This game show will air Monday to Saturday before Eat Bulaga! on GMA-7.