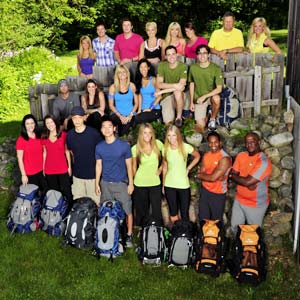 Eleven teams will compete in The Amazing Race 17 and travel a distance of about 32,000 miles through 30 cities in four continents. This season also marks the first time the show will visit countries such as Ghana, Bangladesh and the Arctic Circle.

Beauty pageant contestants, a YouTube sensation, Princeton graduates, and a daughter and birth mother reunited after 20 years are among racers who will compete in the 17th season of The Amazing Race. This reality game show will have a special 90-minute premiere next Monday (September 27) at 9:30 PM and weekly thereafter at 10:30 PM on Studio 23.

Eleven teams will again embark on a race around the world and travel a distance of about 32,000 miles through 30 cities in four continents. This season also marks the first time the show will visit countries like Ghana, Bangladesh and the Arctic Circle.

Who will make it to the final pit stop and win $1 million?

From competitive racers, Studio 23 will also feature hardcorde wrestlers as they battle it out in the ring on WWE Superstars, every Sunday at 9:30 PM. Watch this action-packed event and find out who deserves the title of Superstar.

Meanwhile, in the local front, girl dance groups will redefine the meaning of confidence in "Lactacyd's Confidance Hiphop Challenge," hosted by Xian Lim, Tricia Santos, and Megan Young airing every Saturday at 6:30 PM. Teenage girls from high school and college will pop, break, bounce and krump their confidence way on the dance floor in this all-girl hiphop dance competition.

Us Girls hosts Angel Aquino, Chesca Garcia, and Iya Villania, on the other hand, will get to know more about Governor Vilma Santos on their September 26 episode, which airs at 6:30PM. On the October 3 episode, the fashionable trio will raid the home of rockoustic heartthrob Sam Milby.

According to the corporate communications department of Studio 23, the Kabarkada Network registered an average of 4.1% in audience share in August, allowing to land in fourth place nationwide. This is equivalent to a growth of 153% from its 1.6% audience share back in January.

Studio 23 offers viewers double primetime viewing from 6 PM to 11 PM. It begins at 6PM with back-to-back Asianovela KO One and Romantic Princess followed by your popular local movies in Barkada Nights.

After a rundown of the latest happenings here and around the world in News Central, viewers can enjoy the rest of their weekday evenings with back-to-back foreign series. Grey's Anatomy and Dirty Sexy Money airs on Mondays; NCIS: Los Angeles and CSI on Tuesdays; Legend of the Seeker and Smallville on Wednesdays; Flash Forward and Ghost Whisperer on Thursdays; and Desperate Housewives and 90210 on Fridays.