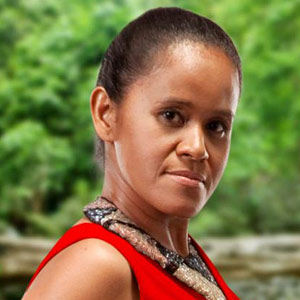 Myka Flores, the castaway dubbed as Ang Bidang Extra ng Isla, suffered from dehydration during her stay on the island. She was able to return to camp in time for the Tribal Council of but she became the second castaway voted off Survivor Philippines: Celebrity Showdown after Doc Ferdz Recio.

Second, Magan team member Myka Flores needed immediate medical attention. She suffered from dehydration and had to be brought to the hospital. But despite these setbacks, the Magan tribe continued to actively participate in the challenges.

The third drawback the team suffered was losing the Immunity Challenge wherein Elma Muros was pitted against John Hall of the Nagar tribe and Akihiro Sato of the Sar Mayee tribe. In the challenge, the three representatives had to carry sacks of sand for as long as they could: Elma had to carry 26 kilos; John carried 22 kilos and Akihiro was assigned to carry 23 kilos. After 45 minutes, Elma gave up, which meant the Magan tribe had their second Tribal Council last Friday, September 17.


Myka, who appeared well-rested, was given the go signal by the doctor to join the Tribal council.

Survivor Philippines host Richard Gutierrez discussed a number of issues with the team members. He asked about what the team felt when they were robbed of essential utensils when Trizha raided their campsite earlier this week.

Richard then asked feedback on their winning second place in the Reward Challenge.

The host further asked if the team got a good boost from winning in the Reward Challenge.

Richard further questioned them about the team's second straight loss and being perceived as the "weakest" team among the three tribes.

Myka was asked if she could still handle the challenges after suffering dehydration.

Elma was asked about her participation in the endurance test, which led to the team's second loss.

What did the team feel after Doc Ferdz was voted out?

Buwi answered, "Ayaw talaga naming magbawas pero what is done is done." Mico pointed out that Doc Ferdz was a team motivator.

After the discussion, the Magan members were asked to cast their respective votes. Myka garnered three votes against Mico's single vote. Richard announced that Myka, who was dubbed the Bidang Extra ng Isla, was the castaway voted out of the game. Myka bade her tribemates farewell and wished them all the luck.