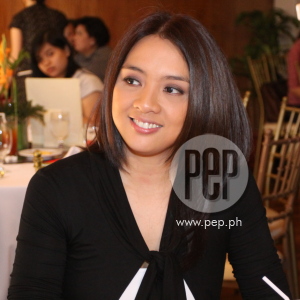 The seven shows were launched and the hosts were introduced to the media last September 16 at a press conference held at Annabel's Restaurant in Quezon City.

PEP (Philippine Entertainment Portal) was able to talk to Cheryl Cosim, the host of Alagang Kapatid, which airs every Saturday at 4 pm. Cheryl said her new show takes on the mission of delivering health information and service to those in need.

Cheryl said her program wants to give medical information because prevention is better than the cure.

The information they give out, Cheryl added, can shatter misconceptions about certain diseases. She cited the deadly AIDS (acquired immunodeficiency syndrome) as an example.

Before Cheryl became a news anchor in TV5, she hosted Salamat Dok in ABS-CBN for almost six years. PEP asked Cheryl why she was again asked to host a show related to health and wellness.

ON GOOD TERMS. PEP also asked Cheryl why she decided to move to TV5, even though she was already the host of a long-running TV show in ABS-CBN.

Cheryl added that she left ABS-CBN without burning bridges.

Cheryl says she now assumes more roles as a journalist. She co-anchors Aksyon, TV5's daily primetime newscast, with Paolo Bediones. She goes out on field to gather news stories. She will also start hosting a radio show soon.