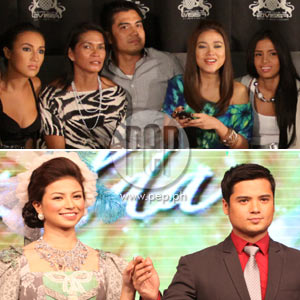 GMA Network reports that it has retained its TV ratings lead over rival station ABS-CBN in viewer-rich Mega Manila and Total Urban Luzon. The Kapuso Network also claims that it has reduced the gap in the nationwide survey in September based on (partial) data from Nielsen TV Audience Measurement. The Corporate Communications Dept of GMA-7 credits this improvement to the strong performance of the network's primetime programs.

"GMA Network continues to be strong in Mega Manila and Urban Luzon with a noted improvement in its overall ratings performance in these areas since July. GMA's lead is supported by high rating new programs on primetime, as well as better performance in its noontime show and afternoon soaps. While GMA still trails ABS-CBN in the national survey, the gap for the past two months [is] lower compared to July," Jay Bautista, executive director for Client Service of Nielsen TV Audience Measurement, was quoted as saying in a statement.

In Urban Luzon, GMA Network had 16 entries in the list of overall top 30 programs from September 1 to 21 in the national ratings survey; fourteen out of the top 30 TV shows were from the Kapuso Network.