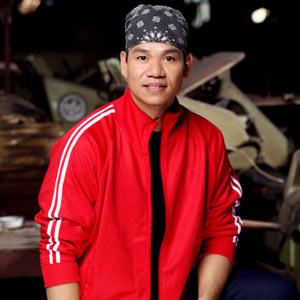 The video captured in the year 2000 episode of I-Witness is an unforgettable image that has been used in many information campaigns on rabies. The shocking documentary, "Rabies" was instrumental in raising awareness about the virus at the time. The image is that of a young man clinging to a hospital wall and breaking the window glass to escape.

Ten years later, I-Witness revisits "Rabies." The same window filmed in 2000 at the San Lazaro Hospital ward in Manila is barred. The room is quiet when Jay Taruc's I-Witness team revisits the place.


MYSTERIOUS CASE. But then, a 13-year-old boy suspected to be a victim of rabies is admitted. He is placed under 24-hour observation, a standard operating procedure for San Lazaro Hospital. The boy's parents inform the doctors that the dog, which allegedly bit the victim, is still alive.

That the dog has survived is not possible, according to the Department of Health (DOH) and the Bureau of Animal Industry. It is commonly believed that a dog with rabies will die after biting a victim. But less than 24 hours after being admitted, the patient dies.

This case, according to a doctor at San Lazaro, is rare. It's a mystery.

Is it possible that there are still some things to be learned about rabies after all these years?

WIPING OUT RABIES. By the year 2020, the government hopes to completely eradicate rabies.

Since 2000, rabies incidence has declined due to the rigorous campaign by both the DOH and the local governments. Siquijor, for example, has been declared rabies-free.

But the same cannot be said of other provinces like Pangasinan, Tarlac, Nueva Ecija and Bulacan. They remain in the Top 10 provinces stricken with rabies.

At the local level, health centers are provided with vaccines but no treatment is available for serious cases. The vaccines are only given free to those bitten by dogs and other animals.

Persons exposed to the victim, for example, have to pay for their vaccinations for about P1,000 per shot. The government cannot supply free vaccines for the entire population because of the perpetual problem—lack of funds.

Republic Act 9482 or the "Anti-Rabies Act of 2007," imposes strict implementing rules and regulations regarding rabies patients and the handling of rabid animals. Guidelines for responsible pet ownership are also stated in RA 9482.


The I-Witness team documented Quezon City health workers as they scoured barangays for stray dogs. In less than an hour, almost 20 dogs were caught. The dogs are to be held in cages. If they have not been retrieved by their owners after one week, the dogs will be put to sleep. But in some areas, other methods are being used to eradicate rabies, including gassing stray dogs.

As Jay Taruc and his team revisit the rabies story, they also come face to face with the virus itself. The team documents a laboratory examination that detects the presence of the virus in the brain of a rabid dog.

What exactly does rabies look like? Find out in I-Witness this Monday, November 15, after Saksi on GMA-7.