Clash of the Toque-en Ones finale will take place at Rockwell Tent, November 30 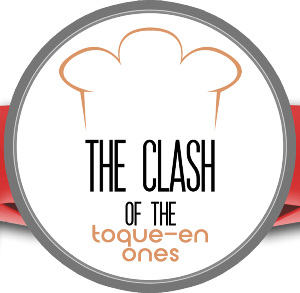 For more details about the Clash Of The Toque-en Ones, tune in to Lifestyle Network on SkyCable channel 52.

"Who will be Lifestyle Network's first ever star chef?

"After an intense two-day live cooking demo followed by a month-long online voting, Lifestyle Network is proud to announce the top two contenders for Clash Of The Toque-en Ones: restaurateur Portia Baluyut and Chef Sharwin Tee.

"The revelation happened last November 8 on-air at the Lifestyle Network. Now, Portia and Sharwin are one-step closer to fulfilling their dreams of having their very own food show and being crowned as Lifestyle Network's first ever Star Chef.

"Although the two share a passion for food and cooking, their backgrounds and cooking styles couldn't be more different.

"Portia is a self-taught cook, with only her grandmother as mentor, and books and the internet as her references. She left a career in advertising to finally give way to her true calling. She now owns Isabelo Garden restaurant in Marikina and, according to her, life is now more delicious. Given the chance, her cooking show would be called Rustic Kitchen, which, simply, is cooking from the heart.

"Having his own cooking show has always been Sharwin's dream, even at the young age of six, thanks in large part to the show Wok With Yan, his very first inspiration. A personal chef and a culinary instructor at Xavier School, he received his training from the Pacific Institute of Culinary Arts in Vancouver, Canada. Sharwin firmly believes that anyone can cook, and if he wins, he plans to share his skills in an instructional cooking show called Kitchen Emergencies.

"A final challenge awaits these two finalists, and this time, they won't be just cooking before the judges, but a live mall audience. Judging the final showdown are Clash Chairman Chef Myrna Segismundo, Chef David Pardo De Ayala, and ABS-CBN executive Leo Katigbak.

"Catch Portia and Sharwin head to head on the Final Showdown of Clash of the Toque-en Ones on November 30, 4 pm at the Rockwell Tent, Makati."