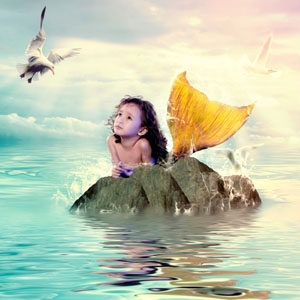 According to data gathered by Kantar Media nationwide, ABS-CBN's new primetime show, the fantaserye Mutya, instantly made a splash with a rating of 32.6% during its maiden episode last January 31.

"ABS-CBN Corporation, the country's largest Filipino-owned multimedia conglomerate, opened the year 2011 on top as its programs continue to dominate the national TV ratings, according to the latest report of Kantar Media.

"For the month of January, ABS-CBN garnered a 40% audience share or nine points higher than GMA-7's 31% on primetime despite the Kapuso Channel's two new nightly offerings.

"More Filipinos preferred the remake of Mara Clara on ABS-CBN, which rated even higher with 29.6% or 10.6 points more than the remake of Machete when it debuted on GMA-7 last January 24 with only 19%.

"On the other hand, ABS-CBN's own new offering, the fantaserye Mutya, instantly made a splash with a rating of 32.6% during its maiden episode last January 31.

"Overall, nine ABS-CBN programs made it to the country's top 10 most-watched programs in January topped by Mutya.

"In close second was Mara Clara with an average rating of 30% and followed by Noah with 27.7%.

"TV Patrol, the most-viewed primetime newscast in the country, obtained 27.2% national ratings and placed third in the top 10 list.

"For its timeslot, TV Patrol has been consistently beating 24 Oras (20.8%) and TV5's Willing-Willie (12.8%), contrary to the impression being claimed by other sources.

"ABS-CBN shifted to Kantar Media/TNS after filing a case vs. AGB Nielsen Media Research for failing to comply with its request to investigate alleged cheating and data tampering in TV ratings. The case is still pending in court."