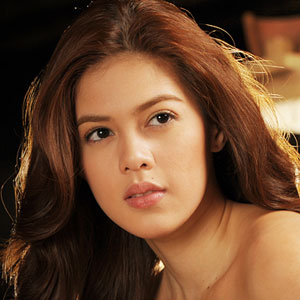 "Hit afternoon drama Alyna will culminate its triumphant run with a gripping finale week, according to lead star Shaina Magdayao.


"Shaina, who plays the title role, said viewers should watch out if her character will be able to regain her life back after finally finding her way back to Rancho Del Carmen.


"Meanwhile, with the approaching finale of the show, none of the Alyna cast are walking away empty-handed because of the great impact Alyna has made to their careers.


"Apart from getting to work with top-tier directors in F.M. Reyes, Cathy Garcia-Molina and Neil Del Rosario, Jason Abalos said he got his meatiest role to date in Alyna.


"Alyna, which was supposed to run for only two to three months was extended to until February due to its stellar performance in the national TV ratings. With a quality that rivals primetime programs, Alyna didn't only raise the bar of afternoon dramas but also heightened the competitiveness of the whole afternoon block.


"Fans of the show who have followed the love stories of Rex (Sid Lucero), Alyna, Dominic and Lilet, as well as that of Yael (JM De Guzman) and Jerry (Charee Pineda), and Patrick (Paul Jake Castillo) and Lisa (Beauty Gonzalez) should definitely not miss any episode to find out how the 13th installment of ABS-CBN's Precious Hearts Romances Presents series will end.