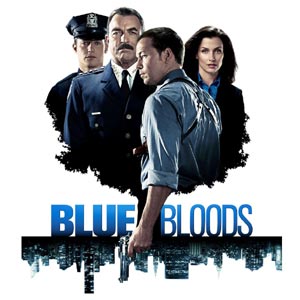 Catch the Asian premiere of the American television series Blue Bloods on Tuesday, February 22, at 9:00 p.m. on cable channel AXN.

Blue Bloods is an action-drama series about a multi-generational family of cops in New York City. It features notable Hollywood stars like Tom Salleck of Magnum P.I., Donnie Wahlberg of Band of Brothers, Len Cairou of The West Wing, Will Estes of Law and Order, and Bridget Moynahan of Sex and the City.

Blue Bloods' main characters include Frank Reagan (played by Selleck), the New York Police Commissioner who heads the police force and the Reagan brood. He runs his department as diplomatically as he runs his family, dealing with the politics that plagued his unapologetically bold father, Henry (played by Cairou), during his stint as commissioner.

A source of pride and concern for Frank is his eldest son Danny (played by Wahlberg), a seasoned detective and Iraqi War veteran who, on occasion, uses dubious tactics to solve cases.

The sole Reagan woman in the family, Erin (played by Moynahan), is a New York Assistant District Attorney and single parent, who also serves as the legal compass for her siblings and father.

Jamie (played by Will Estes) is the youngest Reagan, fresh out of Harvard Law and the family's "golden boy." However, unable to deny the family tradition, Jamie decides to give up a lucrative future in law and is now a newly minted cop.

Jamie's life takes an abrupt turn when he is asked to become part of a clandestine police investigation even his father knows nothing about and which might have been related to the death of his brother Joe.

Blue Bloods started airing in the United States last September 2010. It will have its Asian premiere this Tuesday, February 22, with a double-episode treat.