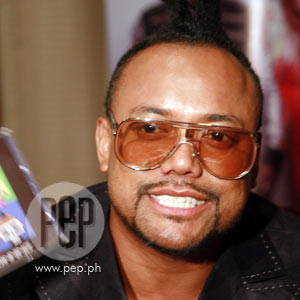 Tatak EDSA 25 will be held on February 25, 7:30pm-10:00pm along White Plains Avenue, Quezon City. An exclusive telecast of the event will air on TV5 from 10:00pm-12:00mn. Black Eyed Peas's Apl De Ap will be the DJ for the after-event street party this Friday.

"By providing an extensive coverage and full telecast of the historic event, TV5 helps encourage unity and nation building, which the commemoration of the touching moments of the 1986 People Power hopes to spark among Filipinos.

"Through TV5's Tatak EDSA 25 coverage and telecast, Filipinos who cannot physically come to the venue will still be able to be one with the nation in remembering and celebrating one of the most significant milestones in Philippine history.

"Tatak EDSA 25 features a star-studded lineup of Philippine artists and young designers from different fields who will perform an all-Original Pilipino Music (OPM) repertoire highlighting some of the most memorable scenes and music of the 1986 People Power.

"Hosted by Kris Aquino, Boy Abunda, Ruffa Gutierrez, Ogie Alcasid and Dingdong Dantes, the program underscores the Filipino spirit of solidarity through the compelling performances of some of the country's biggest and brightest stars.

"Apl De Ap of the Black Eyed Peas will also be part of the event as he will be the DJ for the after-event street party.

"Reflecting the famous Filipino People Power that has been the global benchmark for a peaceful and bloodless revolution, Tatak EDSA 25 showcases the flavors of the past while suitably blending it with a taste of today's outstanding all-Filipino performances.

"Highlighting the celebration is the appearance of P-Noy himself, President Benigno Aquino III, to lead in the Nation Building Pledge and the symbolic "stamping" of the Tatak EDSA 25 that represents the Filipino's love for democracy."