Bittersweet finale of Bantatay airs this week on GMA-7 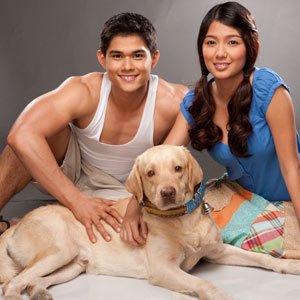 In the finale week of Bantatay, Joanna (portrayed by Jennica Garcia) receives a surprising proposal from Norbert (played by Carl Guevarra). Will they have their happy ending?

"Bantay/Bernard (Raymart Santiago) will face his biggest and most ruthless battle in the much-awaited finale week of GMA-7's top-rating primetime series Bantatay.

"As the newly proclaimed "national dog," the canine hero is now faced with even bigger challenges and stronger opponents, including Robo-Dog, a vicious robot created by Dr. Opak.

"While in the middle of a ferocious dogfight, Robo-Dog aims his laser beams at the three kids, injuring not just Bernard but also Marcela (Gelli de Belen), who tried to use her body as a shield.

"Marcela, struggling to stay alive, must now make the difficult decision of choosing between a second chance to live and be with her children, or to cross over to the afterlife and reunite with Bernard. Which one will she end up choosing?

"Aside from this dramatic encounter, televiewers must also look forward to the interesting fate of Simon (Gary Estrada) and Daisy (Camille Prats). Who would rather suffer in an asylum than be put in jail?

"Finally, Joanna (Jennica Garcia) receives a surprising proposal from Norbert (Carl Guevarra). Will their love story end with an "I do"?

"Catch all these and more in the bittersweet finale week ofBantatay before 24 Oras on GMA-7."