The Amazing Race: Unfinished Business will air pilot episode on Studio 23 this Tuesday 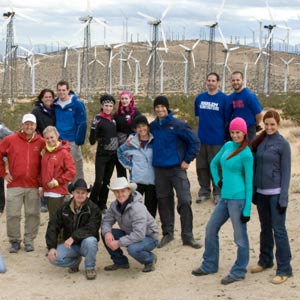 Fan favorites from previous seasons of The Amazing Race get a second crack in winning this reality show hosted by Phil Keoghan.

"Eleven former teams that fell short of winning the $1 million prize during their first race around the globe will return for another shot on The Amazing Race: The Unfinished Business, which premieres on Studio 23 on Tuesday (March 1), 9:30 pm to 10:30 pm.

Hosted by Phil Keoghan, the multi Emmy Award-winning series will have fan favorites from previous seasons travelling 40,000 miles through five continents and 23 cities.

"It will be a second chance for Zev & Justin who lost their passports in season 13, Mel & Mike whose cab driver took them to the wrong place in season 14, and mother Margie & deaf son Luke.

"Teams begin their journey around the globe from the second-windiest place on the planet, and travel to such picturesque locations as Sydney, Australia, where they find themselves swimming with sharks; Liechtenstein, where they must measure the length of the entire country while riding a motorized bicycle; and Tokyo, Japan, where they must endure the freezing waters from Mount Fuji as part of a spiritual ritual.

"Find out who among the eleven teams will win the race around the world the second time around. Watch The Amazing Race: Unfinished Business every Tuesday, 9:30 PM on Studio 23."