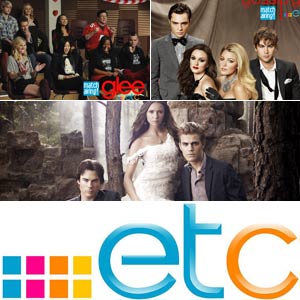 "We're trying to reach a bigger audience because with free TV, it could be nationwide and it could have bigger reach," says Solar Entertainment Network Chairman Wilson Tieng about the decision to move ETC to RPN-9.

This move, according to Solar Entertainment Network Chairman Wilson Tieng, is part of their plan to have a larger reach for ETC.

"We're trying to reach a bigger audience because with free TV, it could be nationwide and it could have bigger reach," he said at the press conference held last Thursday, at Club Vogue of New World Hotel in Makati City.

ETC will still be focused on maintaining the same target demographic of young, female, ABC viewership and positioning.

He also clarified that there will be no changes in programming as ETC moves to RPN-9. It will still have the same shows that televiewers have been following since it were still on SBN-21.

"Where we're going now it's not like moving the furniture. We're like uprooting the whole house. We're bringing everything to RPN," he further added.

Among the programs that became a hit on ETC were Glee, Vampire Diaries, Gossip Girls, How I Met Your Mother, and America's Next Top Model. It also has Project Runway, TMZ, The Rachel Zoe Project, One Tree Hill, The Bachelor and The Bachelorette.