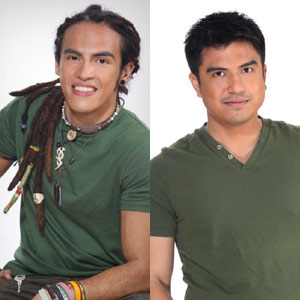 Born to be Wild hosts Kiko Rustia (left) and Doc Ferds Recio have encounters with whales for The Born Expeditions III.

"The Philippines may be a small country, but this archipelago of more than 7,000 islands attracts the biggest known living creatures on the planet: whales.

"In Pamilacan, Bohol alone, 13 species of marine mammals can be found, including the largest species, the blue whale. While in Camiguin Norte, humpback whales migrate and stay for the summer.

"Two teams led by Doc Ferds Recio and Kiko Rustia embark on two separate missions to bring home the closest whale encounters of the season in Born to be Wild's third, biggest expedition yet.

"Doc Ferds goes to Pamilacan, Bohol for a glimpse of the toothed whales of Pamilacan. Dolphins are what some experts call "toothed whales." These fascinating marine mammals have captured the imagination of many. Fishermen and seafarers tell stories of dolphins saving humans out at sea. Because they are mammals, it is said that dolphins share a connection with humans.

"Doc Ferds finds that this may be truer than anyone could ever imagine. Out at sea, he observes them as they form bonds and care for their young. And while hundreds of dolphins steal the show for the first part of the expedition, an underwater sighting of a huge fluke or tail fin startles the crew. It is not what they expected, but it certainly is a welcome surprise.

"Last summer, clear skies and warm weather greeted Kiko Rustia and the team when they came to Camiguin Island, north of the Philippines. One after the other, whales showed off their dorsal fins and flukes. But this time around, the journey is quite the opposite. Faced with bad weather and tsunami warnings, the team's determination is tested. They find themselves stranded on the island for days, unable to set out because of deadly waves. The tension escalates when the island is rocked by an earthquake in the middle of the night. But the team carries on. And despite the obstacles, certain old friends make an appearance and save the day.

"Catch the first installment of The Born Expeditions III this Wednesday, April 6, after Saksi, on GMA-7."