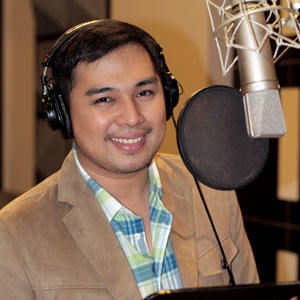 "ABS-CBN's The Filipino Channel (TFC), the largest 24/7 in-language television network serving Filipinos all over the world, announced recently its first ever global affinity campaign that will be launched simultaneously in all regions where TFC is carried: a first in its 17-year history.

"Tayo Ang TFC (We Are TFC) kicked off last April 3 via a new station identity (SID) on the show ASAP Rocks on ABS-CBN in the Philippines and on TFC in the U.S., Canada, Europe, Middle East, Asia-Pacific, Japan and Australia.

"The campaign highlights the common ground that TFC shares with Filipinos who migrated to other countries. It mirrors their life stories and experiences from the homeland to their struggles and achievements in their adopted land. It shows how TFC has become part and parcel of the Filipinos' lives overseas—bringing joy, pride, a sense of home and family.

"According to TFC's Global Customer Engagement Head John-D J. Lazatin, "As we launch our new station identity, we look at ourselves from the eyes of our customers. To them, we are not just a channel and a provider of various services. Through the years, TFC has been a Kapamilya (family member) that helps lead brighter, happier lives wherever Filipinos choose to build their dreams. TFC is a beacon of light that will always journey with the Filipino as he brings out his own light into the world for himself, his family and his community."

"Tayo Ang TFC emphasizes that no matter where we are, our common Filipino identity and experience connect us all together as one global community. That is what we are celebrating in this campaign," said ABS-CBN Global COO Raffy Lopez. "TFC is The Filipino Community worldwide, people who bring the light of hope, joy and triumph wherever they may be."

"TFC has been recognized by the PromaxBDA World Awards for its outstanding SIDs: Silver Award for Isang Dugo, Isang Lahi, Isang Musika (One Blood, One Race, One Music) in 2005 and another Silver Award for Lipad ng Pangarap (Flight of A Dream) in 2006. The PromaxBDA Awards is the only competition organized by the international association of entertainment professionals to recognize excellence in Marketing, Design and Creative Content and serve as the industry standard for excellence."