Charlie Sheen's controversial interview will air on Studio 23 this Tuesday 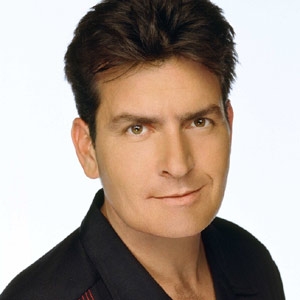 "Canning joined Sheen in his very own home for a no holds barred talk about his rampant drug use, his father Martin Sheen, the cancellation of his hit show Two and a Half Men and his live-in girlfriends or goddesses as he calls them.

"As expected, Sheen one again gave bizaare yet notable answers for every question fired by Canning.

"I am on a drug, it's called 'Charlie Sheen.' It's not available because if you try it once, you will die. Your face will melt off and children will weep over your exploded body," said Sheen when Canning asked his thoughts about people who always think he is on drugs.

"He also shared that the last time he used drugs was a month ago and he is willing to be drug tested to prove that he hasn't been using any drugs in the past weeks. True enough, Sheen did take the test after the interview and passed.

"The interview gets even more intense as they touch on Sheen's dad, his kids, and his show Two and a Half Men, which was recently cancelled due to his 'conducts.' Watch the full interview this Tuesday (April 12), 9:30 PM.

"Meanwhile, Studio 23 gives you double back-to-back weekend treats as it airs two episodes of fantasy series Legends of the Seeker every Saturday from 2PM to 4PM followed by family action series No Ordinary Family from 4PM to 6PM.

"Based on the novel The Sword of Truth by Terry Goodkind, Legends of the Seeker tells the epic tale of young woods guide Richard whose fate takes a sudden twist after the evil wizard Darken Rahl invades the Midlands. In order to save the people of this land, a mysterious lady named Kahlan Amnell heads to the Westland to look for him being the only seeker (according to prophecies) who can defeat Rahl. Now, Richard must step out of the comforts of his forest sanctuary and embrace his newfound destiny with the use of his sword.

"No Ordinary Family, on the other hand, is a series that revolves around the Powells, a typical American family who undergoes a remarkable transformation after their charter plane crashes in the Amazon River. What powers have they developed and how will they cope with they ordinary lives with their newly found extraordinary skills?"