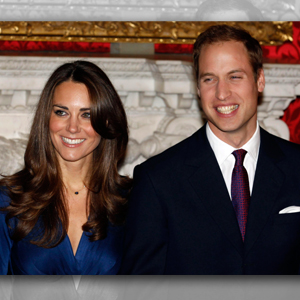 TV5 will not only bring to the Filipinos the coverage of the actual wedding of Prince William and Kate Middleton, the Kapatid Network will also air a one-hour documentary about the wedding, a telemovie about Kate and Prince William, and a one-on-one interview with the royal couple.

"TV5 will give Filipino viewers an unparalleled and comprehensive coverage of the royal wedding of Prince William of Wales and Kate Middleton via Ang Kasalang Royal, the special international coverage of NEWS5—the news and information division of TV5.

"From the run-up of the pre-event wedding events to the royal couple's actual exchange of vows on April 29 at Westminster Abbey, NEWS5 will cover all aspects of the crowning event of the year on TV5, Aksyon TV Channel 41, Radyo Singko 92.3 News FM and online news portal InterAksyon.com.

"The Philippines' most comprehensive coverage of the wedding is made possible by the network's exclusive partnership with ITN (Independent Television Network), the official royal wedding channel in UK. TV5 teamed up with ITN to have full and direct access to the UK channel's rich contents and history-based coverage of this royal event. ITN is also the trusted partner of broadcast giant NBC to their own coverage in the US.

"Powered by its mother network's existing partnerships with CNN, Reuters and ITN, NEWS5 will give Filipinos a daily low-down on the intricate details of the wedding.

"Beginning on April 21, NEWS5 anchors Cheryl Cosim and Cheri Mercado, with host Shawn Yao, will deliver live updates on the preparations for the royal wedding straight from London. Backed by ITN's broadcast equipment support, NEWS5 anchors will man two prime stand-up points—Canada Gate outside of Buckingham Palace and nearby the Abbey—on April 29.

"The marriage of Prince William to Kate is touted as this century's biggest wedding event that is comparable to that of Prince Charles and Princess Diana's nearly 30 years ago.

"On April 24, Sunday, TV5 will air a one-hour documentary special that features the road to the royal event at 10 pm (pre-empting USI: Under Special Investigation).

"TV5 will also present the telemovie William & Kate, a movie made for TV that chronicles the romance and courtship of the royal couple. The exclusive Philippine premiere happens on April 28 (Thursday) on the Summer Super Sine timeslot at 4pm.

"Not only that, TV5 will be airing the exclusive one-on-one interview of ITN's Tom Bradby with William and Kate on the eve of their wedding on Thursday (April 28) at 11:45 pm (pre-empting Public Atorni).

"On the day of the historic event on April 29, NEWS5 is in full-swing to provide an 8-hour nonstop coverage to capture all defining moments of the historic event beginning at 1 pm (Manila time) on Aksyon TV. TV5's banner newscast AKSYON pre-programs the coverage at 5pm until the royal wedding ceremony at Westminster Abbey officially starts at 6pm Manila time (11am BST London time). All this and more brought to you by NEWS5."