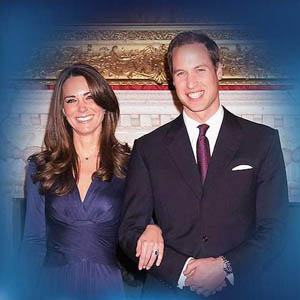 Velvet (SkyCable Channel 53) will bring an exclusive and live telecast of E!'s complete coverage of the royal wedding of Prince William and Kate Middleton.

"Velvet (SkyCable Channel 53) the most glamorous female entertainment channel on cable gives you exclusive front-row seats to the wedding of the century. Be at the center of it all withE!'s Royal Wedding Coverageon April 29 to 30.

"Velvetproudly offers over 7 exciting hours of in-depth coverage before, during and after the most-awaited union of Prince William and Kate Middleton.

"TV and radio personality Ryan Seacrest recaps the entire day—from the arrivals to the famous guests to the scoops on what's up ahead for the Royal couple—in Will and Kate: Road To The Altar, a one-hour post-event special on April 30 at 8 p.m.

This special one-hour edition of Fashion Police airs April 30 at 9 p.m., right after Will and Kate: Road to the Altar.