Bodie Cruz is out of PBB, Wendy Valdez booed by audience 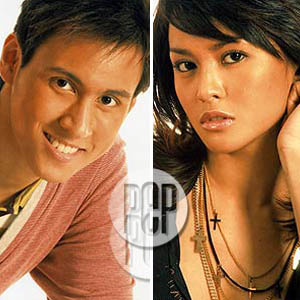 Probably the most hated Pinoy Big Brother (PBB) housemate ever, Wendy Valdez stays for another two days inside Bahay ni Kuya until the Big Night on Saturday, June 30, at the Araneta Coliseum.

Wendy joins Gee-Ann Abrahan, Bea Saw, and Mickey Perz as this season's Big Four. They will compete for the title of Big Winner and for the fabulous prizes at stake, including one million pesos in cash and a house-and-lot.

Bodie Cruz, son of actor Tirso Cruz III and Lyn Ynchausti, became the last PBB evictee this season after getting the "lowest number of votes."

Wendy's inclusion in the Big Four was greeted by thundering boos from the audience after PBB host Toni Gonzaga declared her safe from eviction. The audience unabashedly shouted, "Wendy, labas!" to the shock of Toni and co-host Mariel Rodriguez.

This probably prompted them to announce that those who will attend the Big Night at Araneta Coliseum on Saturday cannot bring bottled water and canned softdrinks. The PBB production team must be avoiding people throwing things at Wendy when she sets foot on stage.

Wendy's notoriety to most of the viewers of PBB started when she overly displayed affection towards fellow housemate Bruce Quebral and bad attitude towards other housemates who came her way. Wendy's reaction after Gee-Ann and Bea nominated her for eviction generated uproar from the viewing public.

Still, most people find it hard to believe that someone like Wendy would outlast Nel Rapiza, Bruce, and Bodie.

Now, the big question is: Will Wendy make it all the way and win the Big Winner title?