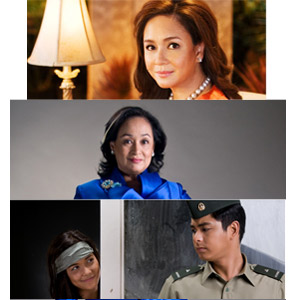 "More households in the Philippines tune in to ABS-CBN to be entertained and informed, especially when TV levels peak at its highest during primetime from 6 PM to 12 midnight.

"Data from Kantar Media showed that ABS-CBN remains to be the number one TV network with a national audience share of 43 percent in August 2011 primetime or a whopping 13-point lead over GMA's 30 percent.

"Advertisers, which invest majority of their TV ad spending on primetime, look at the TV ratings and audience shares of programs and TV networks to place their TV commercials in order to reach more households as frequently and efficiently as possible.

"ABS-CBN programs secured 13 out of the top 15 most-watched programs in the country, making it the top choice for advertisers to put their advertising budget.

"TV Patrol also ruled all newscasts in the country and secured the sixth spot with an average national rating of 28.6% as compared to its rival 24 Oras with only 19.5%.

"ABS-CBN obtained a national TV audience share of 36% in August, higher than GMA's 35%.

"ABS-CBN registered a consolidated net income of P976 million in the first three months of 2011, while GMA Network reported a P534 million net income in the same period.