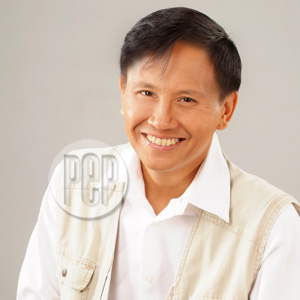 Documentaries that have gained recognition outside the country will be shown for free in selected cinemas this July. I-Witness, GMA News and Public Affairs' documentary program, will screen its best works at SM Manila Cinema 4 on July 21 and SM Megamall Cinema 4 on July 28.

These documentaries span a fascinating range of emotions and subject matter—from an exclusive glimpse into the lives of Muslim men and women in polygamous marriages; to teachers who bear eating and sleeping inside their classrooms just so they may teach in a remote school; to the inspiring stories of two children who, at the age of 9 and 14, have bodies as old as their grandmothers; and even to an old man who searches for his son with the aid of a clever dog.

Filmmakers Sandra Aguinaldo, Jay Taruc, Kara David, and Howie Severino as well as their executive producers, researchers, cameramen, and editors will be on hand to share their experiences and filmmaking techniques with the audience.

Admission to the I-Witness Documentary Festivals is free.

In addition, the individual DVD compilations of the I-Witness hosts: The Best of Sandra Aguinaldo, The Best of Jay Taruc, The Best of Kara David, and Ten Years of Howie Severino will be launched during the docu festival.

"The Best of" Screening

An Imam weds four women, who now compete for his love and attention.

A school is so remote that teachers cannot go home everyday ... they have to eat and sleep inside their classrooms.

Rachel is only 9 and Maureen ,14, but already, their bodies are the physical age of their grandmothers.

An illiterate old man and his clever dog travel in search of his little boy.

Young squid divers are torn between providing for their families and pursuing a high school education.

The documentarist spends days in a wheelchair and discovers that the rights of persons with disabilities are almost completely ignored in Metro Manila.

With a thief for a father, a drug dealer for a mother, and a pimp for a grandmother, how will the world look like in the eyes of a four-year old kid?

A community living beside railroad tracks makes bittersweet preparations for their final fiesta, as they face impending demolition.