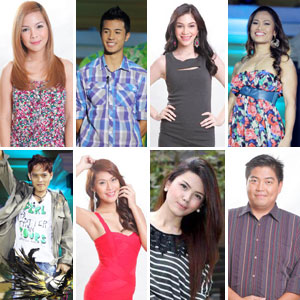 "Pinoy Big Brother rang in the New Year with new shockers as the Team Wayuk of "PBB UnliDay" and Team High Voltage of "PBB UnliNight" exchanged houses last Monday (January 2) and mingled with each other for the first time during their New Year's eve ballroom dance showdown.

"This week alone, Big Brother pulled out stunning surprises when he challenged the housemates to voluntarily exit when the PBB house's three portals were opened, one of which led to the outside world.

"What surprises now await both teams now that they are living in the other team's previous home?

"Besides seeing each other in person for the first time, the Wayuk and High Voltage housemates stunned viewers when they turned in brilliant cha-cha, tango and samba routines last Saturday (December 31) during their fifth major Kontra Battle.

"Based on the national TV ratings from Kantar Media, the program's dance face-off dubbed as the "Big Ballroom Battle" episode hit an all-time high 18.4% rating, which subsequently made it the most watched program among all shows on all TV channels shown last New Year's eve.

"Even Filipino netizens were hooked on the housemate's dance routines, prompting the terms "#PBBUnlimited," "Carlo and Wendy," "Divine," and "Naprey" to trend on Twitter worldwide.

"Meanwhile, voting is still open for the housemates nominated for eviction, Jessica, Kevin, Luz, and Steph of "PBB UnliDay" and Deniesse, Kigoy, Tol, and Wendy for "PBB UnliNight."