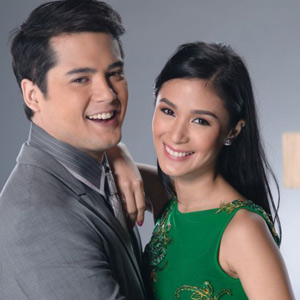 GMA Network, Inc. (GMA) hopes to begin the Year of the Dragon with a loud roar in the market.

Come January 17 and 18, the leading Network will deliver trade presentations to its partner-advertisers at special gala events to be held at the New World Hotel (Makati).

Themed "Legend of the Golden Dragon," the event showcases the Network's key platforms and projects this 2012, with the biggest Kapuso actors and actresses in attendance.

GMA continues its aggressive expansion efforts with upgrades in the programming lineup for regional, national, and international audiences.

The event also celebrates the unprecedented success of all-news channel GMA News TV (GNTV), which rose above competing news channels in less than a year from its launch. Likewise, it serves as the launch pad of ad-friendly innovations in GMA's other platforms, such as leading radio channels Super Radyo DZBB 594khz and Baragay LS 97.1, and the all-in-one media website GMANetwork.com.

On television, it rolls out the biggest program launches on primetime with a grand salvo this first quarter 2012. Among the all-original primetime drama series include Legacy starring Heart Evangelista, Lovi Poe and Alessandra de Rossi; Biritera featuring Dennis Trillo, Glaiza de Castro and Angelika dela Cruz; and My Beloved billed by the phenomenal tandem of Dingdong Dantes and Marian Rivera.

GMA Marketing and Productions, Inc. (GMPI) President and COO Lizelle G. Maralag said that GMA is all-out to provide the highest value of service to its partner-advertisers. According to its corporate communications department, the Kapuso Network is "set to brace its power and superiority in the broadcast industry for the entire run of 2012."

"GMA makes a clear stand out in the opening of 2012 as it continues to grow its nationwide audience, and we hope to elevate the Company's market value with sustained creative executions and innovative offerings," Maralag was quoted as saying in a release furnished by the corporate communications department.