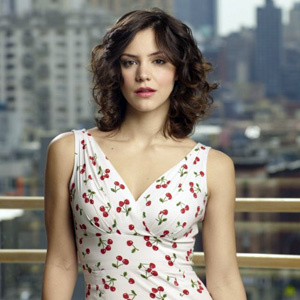 Smash is a musical drama that celebrates the beauty and heartbreak of the Broadway theater as it follows a cross-section of dreamers and schemers who all have one common desire—to be a "smash."

The series centers on the process of creating a Broadway musical based on the life of Marilyn Monroe—written by the successful songwriting duo of Tom (Tony Award nominee Christian Borle, Legally Blonde: The Musical) and Julia (Emmy Award winner Debra Messing, Will & Grace).

Julia recently began the process of adopting a child with her husband Frank (Tony Award nominee Brian d'Arcy James, Shrek The Musical) of many years, but her focus is torn when she has the opportunity to write another Broadway hit.

A rivalry soon forms for the lead role between a youthful, inexperienced Midwestern beauty Karen (Katharine McPhee, American Idol)—who is trying to find fame in the big city against all odds—and stage veteran Ivy Bell (Megan Hilty, 9 to 5: The Musical), who's determined to leave the chorus line and finally get her big break.

A tenacious producer Eileen (Oscar winner, Anjelica Huston, Prizzi's Honor) discovers the "Marilyn" project and jumps on board with a brilliant director, Derek (Jack Davenport, Pirates of the Caribbean films)—whose talent is matched by his cunning and egocentric amorality.

Jaime Cepero (Porgy and Bess) stars as Ellis, and Raza Jaffrey (Sex and the City 2, MI-5) stars as Dev.

Original songs are written by Tony and Grammy Award winners Marc Shaiman and Scott Wittman (Hairspray, Catch Me If You Can), who serve as executive producers as well.

Smash is a production of Universal Television in association with DreamWorks Television and Madwoman in the Attic. The pilot was directed by Tony Award winner Michael Mayer (Spring Awakening, American Idiot).