Arnold Aninion voted out of the game; Survivor Philippines Celebrity Doubles Showdown down to its last two weeks 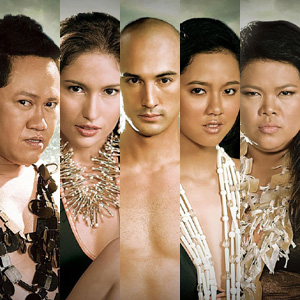 Considered one of the strongest castaways in his batch, Arnold said he believed he was a big threat to other castaways and despite being voted off, he is happy because he's given his all in the game. Arnold is the now the 5th member of the Jury House. He joins Chuckie Dreyfus, Arthur Solinap, John Odulio, and Gino dela Pena. But will Arnold be warmly welcomed by the jury members?


As the votes were being counted, Mara held Arnold's hand as she tried to stop her tears from falling. Before Arnold left his fellow castaways, he gave a hug to Mara and told her, "It's okay, It's alright."


In his final video, Arnold said: "I feel great. I'm proud of the way I played. I was a threat and I think among all the castaways here, I'm the best. I took out a lot of castaways in the process. I know I hurt a lot of people along the way but that's just part of the game. Sa Tribal Council na ito, they took the chance to take me out. If I were in their position, I'd do the same. In Survivor, you can't play fair. You have to play smart. So play with your head, not just your heart and you'll get to the end."

As their journey continues, the remaining Apolaki members will again face another set of challenges that will truly test their strength and endurance.


Host Richard Gutierrez mentioned that those who have the immunity bracelet only have until next week to use it. Next week, the Top Five will face the five jury members as they talk about the issues involving all of them.

The final five Survivor Philippines castaways--KC, Stef, Mara, Betong and Maey--will exert all their efforts to make or retain their alliances. Now that Arnold is out of the game, will Mara be able to survive the tension and pressure in the island? And with the final five's attempt to play the game clean and honest, two castaways will end up fighting.

Don't miss how the final five castaways try to outwit, outplay, and outlast each other in the last two weeks of Survivor Philippines Celebrity Doubles Showdown, airing weeknights, after Legacy on GMA Network.