The master thief Lupin ends his exploits this Friday, August 17 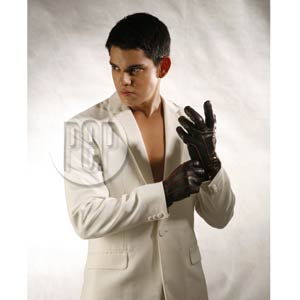 Lupin (Richard Gutierrez, in photo) will have to choose between his good friend Brigitte (Ehra Madrigal) and Avril (Rhian Ramos) as the GMA-7 action-adventure series Lupin concludes this week.

GMA Network's action-packed teledrama will continue to leave its audience breathless right up to its very last episode, as Lupin reaches its explosive grand finale this week.

From August 13 to 17, expect no less than compelling drama, flashy action sequences, and mind-blowing plot twists that will get pulses racing as the story of the suave master thief that captured viewers' hearts from the moment it premiered last summer comes to a close.

Lupin (Richard Gutierrez) and his heist-loving team, which includes femme fatales Ashley (Katrina Halili) and Brigitte (Ehra Madrigal), will engage in their final battle with the cunning hoodlum Duroy (Tirzo Cruz III) and try to escape the watchful Inspector Clavio (Janno Gibbs) in his obsessive mission to capture Lupin and his team. Every scene in this final week proves crucial, as each of the mysteries surrounding Lupin's life will be unveiled at last.

From the moment Lupin tried to turn his back on his life as a thief and Duroy, the man who trained him to become one, the latter has been hell-bent on getting revenge and outwitting the smooth and extremely intelligent young man. After making use of countless accomplices, including Lupin's sultry ex-flame Courtney Amor (Joyce Jimenez), Duroy is left with his last ammunition against Lupin: he has captured Inspector Clavio's father and would not kill him only if Lupin agrees to steal something for him again. Clavio was forced to join Lupin in this one last theft, as part of his agreement with Lupin to help save the Inspector's father. Lives will certainly be put in danger in this final encounter, but whose blood will be spilled—that of Lupin's team or of the enemy?

Meanwhile, Ashley will try to convince Brigitte to return to the group to save Lupin, who is now under Duroy's firm grip. Will Brigitte ever get over her jealousy and broken heart? In the midst of Lupin's dangerous exploits, he must deal with matters of the heart, when in the moment of truth, he will have to choose between two women who are important to him: his dear friend Brigitte, who has loved him for a long time, or Avril (Rhian Ramos), the pretty heiress he fell in love with but who is out for his blood. Who will win over his heart?

Only the final episodes will tell if Lupin will succeed in his primary goals in life: Will he finally be reunited with his long-lost mother, Cecilia (Lani Mercado)? Will he finally be able to clear his late father's name and live life as a free man? Or will his past mistakes catch up with him as Inspector Clavio finally achieves his career-long goal of putting him behind bars?

Viewers will find the master thief facing his most exciting challenges yet. Lupin's Finale Week airs from August 13-17, the same week as Marimar, GMA's much-awaited primetime remake of the Mexican telenovela. Catch these back-to-back pilot and finale of these two programs this week on GMA Telebabad.