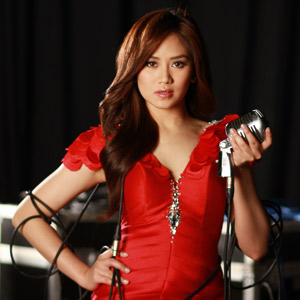 Giving Sarah Geronimo her own musical variety show is only logical.

With Sarah G Live, ABS-CBN is allowing one of their superstars to grow and ultimately prove why she deserves the title of Popstar Princess.


Although she is a great performer with legions of fans behind her, Sarah is still known to be a shy girl.

If previous reports were to be believed, Sarah's world is a small one, composed only of work and family. For a growing woman like Sarah, this world could be limiting.

Sarah G Live aims to change that image. Promotions for the show note that this weekly show will feature a braver and more outspoken Sarah Geronimo.

The new show premiered last Sunday night, February 26. It is no surprise that Sarah can nail down the musical aspects of her show. The Popstar Princess certainly knows how to hold audience's attention when she is singing.

She also looks happy in her performances, which allows viewers to relate to her more. This is apparent specially in her final performance, where she sang Whitney Houston's "Try It On My Own," a song that fits the show's metamorphosis theme.

Still, Sarah showed her weakness in the parts of the show where she needs to talk to her guests. One of her guests was the comedienne Ai-Ai delas Alas, who towards the end jokingly made gestures to kiss Derek Ramsey. Ai-Ai overshadowed Sarah in this portion, so much that Sarah is not even in the frame for around a minute. For a show named after her, this is a big no-no.

Right now, Sarah still needs to improve as a talk show host. This is because a talk show host, in order to be effective, should be outgoing and outspoken. They should have a lot experiences in life so they are able to relate to the various topics in their show, and they should be able to speak well, so their guests cannot dominate them.

Given this yardstick, Sarah's hosting skills will be found wanting at first glance. Information about her life so far points to a small world of work and home, molded by her parents, who are so strict as to limit their daughter's own growth.

But given Sarah's current state of mind, and her willingness to embrace change, Sarah should be able to nail the talk parts of Sarah G Live in no time.