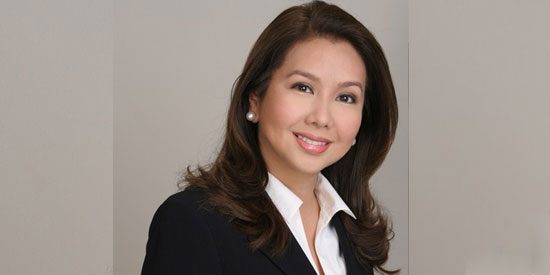 Korina Sanchez delivers an exclusive one-on-one interview with internationally acclaimed personal finance guru Suze Orman, who will give Filipinos advice on how to better manage their money in Up Close and Personal with Suze Orman: A Korina Sanchez Interview this Friday (March 9) at 7 p.m., on ANC, the ABS-CBN News Channel.

Orman, who was invited by the Bank of the Philippine Islands (BPI) to the country, will give her insightful remarks on Filipinos' familial relations and culture, the importance of health insurance and saving up for retirement, and will give out tips on handling debts and allowances.

The best-selling author and Emmy-winning host of the top-rating CNBC program The Suze Orman Show will not only teach ANC viewers financial responsibility but will also do what she does best--inspire--as she shares her rags-to-riches story with Korina.

Aside from the special interview, Korinawill also appear in another exclusive for ANC. As the formerly military-controlled Myanmar embarks on a path to democracy for the first time in 50 years, the ABS-CBN News Channel (ANC) takes Filipinos inside the Southeast Asian nation's political developments in a special documentary, "ANC Presents: Myanmar Opens to the World," airing next Friday (March 16) at 7 p.m.

She led the first and only TV news crew from the Philippines that was allowed to enter Myanmar for her documentary that bares democracy icon and opposition leader Aung San Suu Kyi's hopes for the Philippines' current administration and insights on former President Corazon Aquino's legacy.

Since the release of Nobel Laureate Suu Kyi from house arrest in 2010, staggering administrative reforms have been carried out by the new civilian government, including the emancipation of political prisoners and relieving media censorship.

Learn more about the resource-rich country also known as Burma, its people, its government leaders, and get a rare glimpse of the city of Naypyitaw, Myanmar's new capital that was previously closed to tourists.