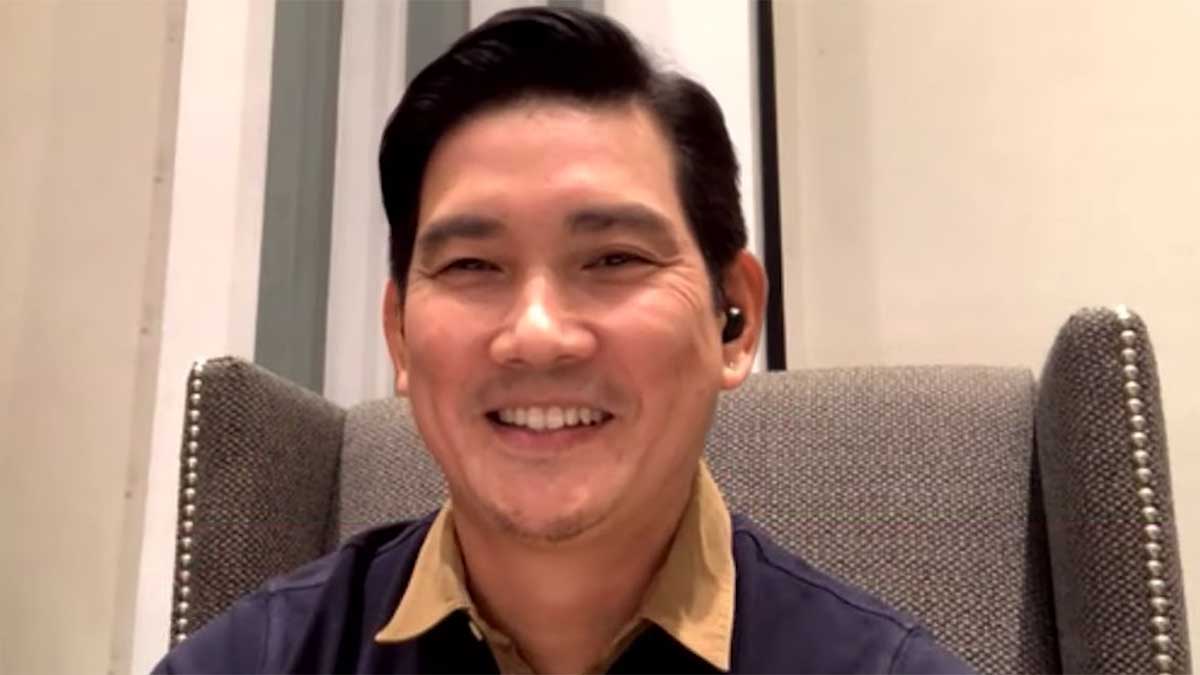 Richard Yap remains thankful to ABS-CBN after transferring to GMA-7: "I came from there and I’m always grateful and thankful for all they have done for me."
PHOTO/S: PEP Live

Richard Yap clarified he was not comparing ABS-CBN to GMA-7 when he talked about choosing a “more stable network” during his press conference last December 2020, after his contract signing with the Kapuso network.

Richard said then at the presscon he had “two or three offers from different networks,” but he decided on GMA-7 because it was “the easiest choice.”

In his PEPLive guest appearance on January 5, 2021, Richard confirmed to PEP.ph (Philippine Entertainment Portal) that, yes, he received offers from other networks.

But he also made it clear that those offers excluded ABS-CBN.

He said, “Of course, hindi ko po talaga sasabihin iyon, hindi ko sila ipu-put down because I came from there.

"And I’m always grateful and thankful for all they have done for me.

In his interview with PEPLive, Richard also recalled what he said during the presscon last December, “I said the networks who were blocktiming and starting up, iyon ang kumparison ko.

He explained it was impossible for ABS-CBN to offer him a project because he had released himself from his contract with the Kapamilya network from the get-go.

Richard said, "It would be impossible for me to take an offer from ABS if they had them release me.”

He also stressed, “I said na it was the easiest decision for me to go to the Kapuso network because they were more stable compared to the other networks who offered me.

Richard avoided identifying the networks, but at this time, ABS-CBN and GMA-7 are no longer the only ones producing entertainment programs.

There is TV5, whose programs are mostly blocktimers produced by Archangel Media, The IdeaFirst Company, and Brightlight Productions.

Meanwhile, the government channel, PTV-4, has beefed up its programming, and recently launched its own noontime variety show.

Richard added, "I hope the people don’t get it out of context because I never said na GMA is more stable than ABS, ayaw ko pag-awayin silang dalawa because ang liit ng industriya."

Richard said his departure from ABS-CBN was amicable, with him and the Kapamilya bosses having a good talk before he left.

He narrated, “Ang gusto ko lang maayos ang pagkaalis ko, I want to maintain my good relations with the people with the Kapamilya network.

Richard further said he voluntarily left the network because he did not want to burden ABS-CBN with finding a project for him at the height of its franchise woes.

“So maganda iyong usapan namin with the bosses of ABS-CBN.”

Richard started his career via ABS-CBN’s prime-time series My Binondo Girl in 2011.

It was where he became known for the name “Papa Chen” because of his character.

Richard was also the “Ser Chief” in Be Careful With My Heart, a series where his love team with Jodi Sta. Maria had its debut.

Here is Richard’s interview on PEPLive: