No idle moments for Alma Concepcion 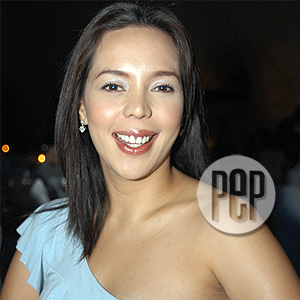 Beauty queen-turned-actress Alma Concepcion busies herself with her very own restaurant while waiting for TV and film projects.


Beauty queen-turned-actress Alma Concepcion has been out of the showbiz limelight for quite some time now. Aside from fulfilling her duties as mother/father to her eight-year-old son Cobie, Alma also has her hands full tending her business ventures. The actress just opened her own branch of Persiana, a restaurant that caters recipes from the Middle East such as kebab and shawarma.

The 1994 Bb. Pilipinas-International admitted that her business would not have been possible without her business partner, Randy Villanueva. The latter owns the very first branch of Persiana in Pioneer St., Mandaluyong City.

Alma narrated to PEP (Philippine Entertainment Portal) how she started her business. "Si Randy Villanueva [is] my family friend. Una muna friendship, e, until we started brainstorming the place. This is a smaller version of the main branch. Umabot ‘to ng almost half a million. Construction plus the people and the training. It's nice to have partners. Randy is the owner of the main Persiana together with his sister Cathy, [and] their father, Lito Villanueva."

Aside from Persiana, Alma has also invested her money on properties. Her condo units in Tandang Sora and Greenhills are for lease. She admitted that handling any business is not a walk in the park. Aside from being totally hands on with her business, Alma also prepared herself by taking up International Business course at the Southville International School back in 2001.

THE GOOD OLD DAYS. Alma recounted how she started her showbiz career more than a decade ago.

"To say that you're an actress is something unique. To stay in show business is not really my intention. It was really coincidental. When I started having contracts, I started discovering that acting is kinda easy for me. It's kinda natural. On my second movie, Sa Ngalan ng Pag-ibig, I got a nomination. I didn't consider it as work because I find it easy."

In Sa Ngalan ng Pag-ibig, where she co-starred with acting greats Christopher de Leon and Lorna Tolentino, Alma played the role of a mistress. Her first manager was Hi! magazine Editor-in-chief Ces Evangelista, also a blogger here in PEP.

She added, "Yung mga squatter's area, memorable yun. Going inside the house, eating the way they do it. Di mo mae-experience yun, di ba? Once in a lifetime. It's a very humbling experience. You have to be that person, that character, as if you've been living there for ten years."

FUTURE PLANS. As of now, Alma has yet to receive new projects for TV and film. When asked what type of project she wants to be a part of, she said, "You want to find something challenging, something medyo may standards na rin. If you do something, you want to be acknowledged, you'll improve. Gusto ko yung markado. I want it to be worth my time away from home."

Her last regular project was the defunct GMA-7 youth-oriented drama series Love to Love and Joyride. She was also a part of ABS-CBN's fantaserye Krystala starring Judy Ann Santos.