Wilma Doesnt on Onemig Bondoc: "God knows we did it!" 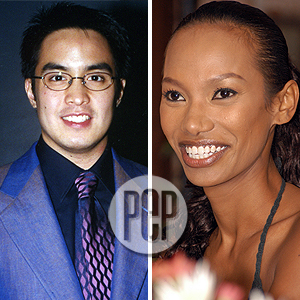 "God knows we did it!" says Wilma. Even though Onemig has already denied that he had a one-night-stand with the model-actress, Wilma asserts that she was just telling the truth.

"It's Onemig Bondoc!" answered Wilma Doesnt when asked whom she had a one-night-stand with. The model-actress was one of the "Forbidden Questions" guests in the January 31 episode of the radio show Good Times.

Wilma even gave Onemig a rating of 8 out of 10 for his "performance."

At the Philippines' Next Top Model launch at the Embassy Club last Saturday, March 10, 2007, PEP (Philippine Entertainment Portal) got the chance to talk to Wilma, one of the judges of the model search.

Wilma admitted that she is happy to be part of the show.

"Well, first and foremost, I'm flattered. Sobrang daming models ngayon, they have names and they're so beautiful and young. They chose me to be part of this, so sobrang flattered ako, so grab ako ng opportunity!" said the quirky model.

PEP asked Wilma if she has seen or spoken to Onemig after her explosive revelation.

She explained that she knew what she was getting into when she and Onemig did the deed.

"It's not a relationship. It was just a one night stand, no feelings involved, no emotions involved," she clarified.