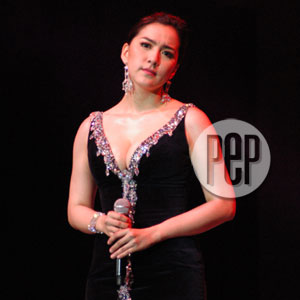 The comments section of PEP (Philippine Entertainment Portal) has already posted a lot of interesting words and phrases. To name a few: "big bird, small-brained," "big bird vs big chin," "it's a lady bug," "This is a waist of time," "Hey ____, bakit mali2x ang mga spelling mo? Such as louis vuitton you spelled it like (luiviton), thief yan not,(thef)." Sensible, hilarious, concerned, si

PEP (Philippine Entertainment Portal) brings you its top 5 comments for the month of March.

The ratings were based on two simple criteria—relevance and impact. Pitch point or punch line was also considered.

The entries include the title of the article, the actual quote, the user's name, and the time and date of posting. Here they are, in random order. Enjoy reading!

Gingersnap obviously points out the current reality that more and more celebrities are joining the political rat race. The benefit of winning the candidacy without the prior experience of running or managing the affairs of state can be possible, thanks to the legion of fans the celebrity has.

Echoing her thoughts, the voters have to remember that starring in the political stage is a completely different experience. In the world of politics, there are no scripts, directors, and "cuts," only the "action" of making a beneficial difference for the country.

This comment shows the typical Filipino's need for amusement, like in this case, in the form of a showbiz controversy. It makes sense that thea_baraan likened this controversy to a telenovela, where there are contravidas trying to make the life of the lead character a living nightmare, with twists along the way.

But talking about the Kris-James-Hope saga, the confounding question is who's the "bida?" And unlike the characters in the telenovela, the stars involved truly experience and feel the pain and the damage.

Funny or offensive? PEP's verdict is the former. After all, everyone is entitled to his own opinion, right Joey_la?

"Anyone who undergone crisis in her/his life will understand what James is undergoing right now. Any comments that is not helpful to the situation will be taken as hurtful. So James has every right to feel that way Ai Ai so you must be humble enough to say sorry. You may think its just a joke but to the agrieved party its not. Its will be considered as "rubbing salt to the wound". You are not in his situation thats why you take it badly. Ikaw nga nasasaktan na pinagsabihan ka when in fact he has the right. You are not included with Kris & James affair..."—juppey, posted on March 19, 2007 at 20:37 PM.

In showbiz, "talking" has several implications—is it to crave for publicity or speak the truth? is it going to help or worsen a situation? If juppey's a star, he/she is definitely for truth and peace. And if James Yap would have a press statement, this comment would make a very good piece.

This comment was chosen due to its positive demeanor. In the complicated world of showbiz—where rumors, controversies, and bad press are rampant—good-natured stories are still very much appreciated. People can differentiate the truth from a publicity stint.

There are a thousand more comments which certainly deserve to be included in the top list, but PEP decided to pick from the March entries—they're still hot and fresh! You may have also noticed that the chosen feedback have different tones—downright funny, sensible, concerned, positive—this is to show that PEP is dynamic and unpredictable just like the world of showbiz!

To the funny guy, the concerned citizen, the sensible lady, the well-wisher, the amused gal, and to all users—PEP thanks you for all your feedback. Keep on posting!