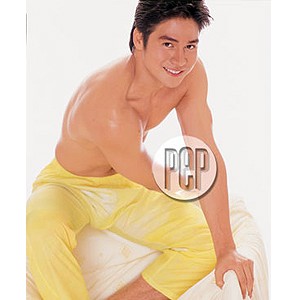 Piolo Pascual is definitely one of the sexiest guys in local showbiz. The 29-year old actor stands 5'10" and has a lean frame that makes the girls swoon.

Who among the celebrities have the best bod to flaunt this summer? PEP (Philippine Entertainment Portal) draws the top list from a group of respondents headed by Ces Evangelista, the editor-in-chief of HI! magazine and a blogger of PEP as well.

Derek Ramsey. He played Machete in the defunct telefantasya Super Inggo. And in real-life, Derek truly exemplifies the body of a Machete—perfectly formed and nicely carved.

One of the respondents describes him as the person who "puts the 'sex' in 'sexy'! He has the perfect smoldering stare to go with his hot upper torso."

Piolo Pascual. "Parang misteryoso ang dating," says Ces. And this is perhaps what makes the girls ask this question, "if I take off his shirt, do I unravel the mystery?"

His body is neither thin nor bulky, everything is just perfectly right. Plus, one respondent exclaims, "he looks mabango all the time and that makes him even sexier!"

A male respondent comments, "You can hug her, protect her, fight with her." And Ces adds that Angel has "an animal appeal, but not bastusin."

Anne Curtis. This young actress can grab every guy's attention when she walks along the beach. She's naturally sexy—long legs and a flat stomach! The sweet-looking face that goes with the sexy frame makes her even more attractive. A string bikini, according to one of S7ummit editors, would really compliment her sexy body.

John Estrada. He is tall, lean, and sexy. An editor remarks "His ruggedness goes well with his metizo looks. And his charm, I heard, is what him even sexier." John could never go wrong with a simple outfit like board shorts, a cap or a visor, and a pair of shades to enjoy the heat of summer.

For the complete list of sexy beach bodies, watch for "Hot Summer's Sexiest In Showbiz" in Hi! Magazine's May issue.