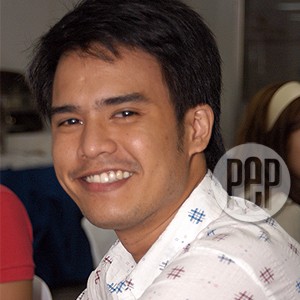 After six years of absence in the show business, Jao Mapa is making his comeback through the digital film Xerox Copy.

Was it his attitude towards his career that made actor Jao Mapa take a long hiatus and focus instead on the finer things in the life he decided to build for himself?

Six years or so, Jao left show business. He went back to school, and eventually earned his degree in Fine Arts (major in Advertising) from the University of Santo Tomas.

He tried doing corporate work in one of the finest hotels in the metropolis, The Peninsula Manila, as an in-house artist doing his share of designing for the hotel's brochures and other art works to delight Manila Pen's ever-growing clientele.

His then neighbor, a fine lady who lives next to his window, becomes his wife and they are now blessed with three healthy children—Ben, 4; Caleb, 2; and Stacey, 8 months old.

"I guess, let's just say that I experienced giving too much effort to my work then. Na-burn out. So, when I decided to take a break, little did I know that it would be harder to go back to where I left. As far as being hardworking is concerned, wala akong problema, e. But let's just cut out on the not-so-good memories of times past. I'd like to forget that part. And I would like to think now that slowly, am inching my way back into the circle again," says Jao.

And inching his way back into the circle means doing a digital movie under the helm of star maker Deo J. "Dikong" Fajardo, in a film intended to be shown to the gay communities around the globe, Xerox Copy. Jao plays a role that was first offered to Eat...Bulaga! co-host Paolo Ballesteros. Paolo had to beg off from the project due to time constraint.

Jao takes the lead part of three characters: an old lady by the name of Madonna, her daughter also named Madonna, and a young lad by the name of Arthur who the young Madonna will change to be her alter-ego.

With some kissing scenes to boot with leading lady Nancy Castiglione as Arthur's sassy girlfriend and newcomer William Redmond—where Jao dressed the part of a woman—his male character gets to be castrated in the movie.

The kissing part, with William, what was it like?

"I have no qualms about it," says Jao. "I only got to know all the details of the characters that I will do two days before the actual shoot, when I got my script. And Dikong took care of me. It's the thought lang naman that gives it a guy or girl thing sa mga hinahalikan mo, e. Take one lang naman kami ni William and we just showed what it's like to share a passionate kiss—sweet, tender, loving, and wet. The scene and my role called for it. And yes, he's a good kisser."

Jao will be remembered for his role in Matrikula with Rosanna Roces, where he earned an acting nomination. And his last commercially shown movie was Tugatog. And on the boob tube, he was doing good with a soap opera on GMA-7 in primetime drama when he just had to shut himself out of the limelight.

"I was full time finishing my thesis then," explains Jao. "I just wanted to take a break lang. I thought it was going to last for a while, and it lasted for more than what I expected. So, my life went to a complete turnaround. Walang cameras, just the normal life I've lived. And I continued to dabble on my paintings and got an apprentice on photography, sumasali sa mga exhibits. And got included in about five digital films. The last one I did was Quark Henares's A Date with Jao Mapa. I can say that the boldest I did was in Matrikula and Xerox Copy will be my most daring."

Now, 30 years old, a husband and father of three, does Jao see himself continuing with an acting career that took a back seat while he did something else?

"I'll be more patient this time," he says. "Kung nag-urong-sulong ako before, this time I know better. That time, hindi pa siguro ako handa mag-full blast. Maybe I also felt na I was inadequate in so many things as far as my being an actor is concerned."

The artist in Jao—who dreams of having a nude session painting with Nancy Castiglione, Joyce Jimenez, and a third one he still wants to mull over like the subjects he paints in his canvas—may take a while to take its definite form and substance. It is time that will breathe the life that it needs.