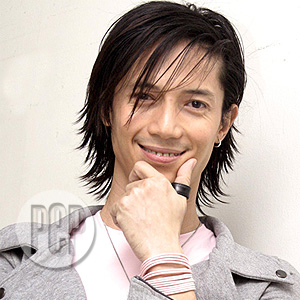 Rustom Padilla was unable to work for two months because of Bell's Palsy, or facial paralysis, which resulted from the wrong fit of braces on his teeth.


In its premiere telecast, Showbiz Central made actor Rustom Padilla face the show's Central Jury—composed of Mo Twister, Shirley Kuan, and Arnell Ignacio. The Jury lightened up things by first asking a question about the first time Rustom ever wore a bestida.

The next question was about a rumor saying Rustom had the hots for a basketball coach. This was followed by a video clip of a man named Manny Mendoza giving a message to Rustom.

When asked who the guy was, Rustom said that the man on the video clip was the fellow who taught him how to play basketball, and that this was in line with his role in the movie Happy Hearts, where he was required to play basketball.

Recently, Rustom was struck with a paralitic disorder called Bell's palsy or facial paralysis. This resulted from a mistake Rustom's dentist made with the braces the actor was being fitted with. Half of Rustom's body was nearly paralyzed after the braces were incorrectly fitted up.

Rustom is now undergoing physical therapy to reverse the damage.

DJ Mo asked Rustom if he would press charges against the dentist.

"Alam mo, added stress lang ‘yan. Ayoko ng stress sa buhay," said Rustom, who last year revealed that he was gay while he was in Pinoy Big Brother. Rustom was formerly married to Carmina Villarroel. They have no children.