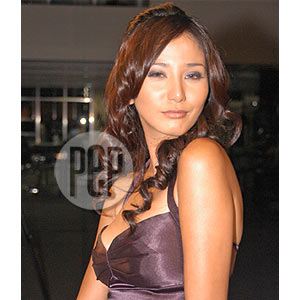 Katrina Halili makes a first for FHM as she tops the 2007 Philippines' Sexiest List for the second consecutive year, coming after global winner Jessica Alba.

You voted, we counted!

July holds a hundred reasons to celebrate as FHM, the undisputed number one men's magazine in the Philippines, presents the highly anticipated "100Sexiest Women in the World 2007"in a special 48-page supplement that comes with the July issue. Thousands of SMS, website, and ballot votes came in when the voting began in April, and this year, the results are out and better than ever! FHM welcomes new entries from up and coming stars, and unveils the sexiest woman in the land in a back-to-back sweep!

Katrina's first appearance in FHM was in the December 2005 issue, and she has been on a roll since then. She ruled every month in 2006 when she came out in the FHM calendar, and the rest, as they say, is history.

After playing a series of antagonist roles on high-rating shows such as Darna and Majika, Katrina now enjoys a good break by playing a femme fatale and sidekick to Lupin,played by Richard Gutierrez.Katrina's fans have good reason to stay home and catch the Pinoy real-life remake of the Japanese anime, as she continues to wow the public with her sultry appeal on primetime TV.

This year's poll was a close fight as actress-turned-producer Angel Locsin came a close Second . When Angel posed for FHM in 2003, she never lost her spot in the most prestigious list. She was hailed the FHM Sexiest Woman in 2005 when she portrayed the role of the modern-day Darna, and has continued to capture the fantasies of men everywhere. Angel has just wrapped up the hit show Asian Treasures in which she stars opposite Robin Padilla. With a number of movies, TV shows, and endorsements under her belt, Angel is now rumored to take a break from showbiz and pursue her studies abroad.

Heads have been turning ever since child star-turned-foxy vixen Angelica Panganiban ditched her Lolita image for a sexier look, landing her in the fourth spot in the 100 Sexiest List. After facing the controversies that came her way when photos of her circulated around the internet some time ago, Angelica came out stronger and sexier than ever, and her first FHM shoot last March says it all. Being in the showbiz industry for over a decade now, Angelica now stars in the futuristic show Rounin, which airs every night.

Ehra Madrigal emerged a strong contender in this year's poll as she made a big jump to #5 from last year's #39. After her scorching hot FHM cover on the September 2006 issue, Ehra became an instant hit. Her issue probably garnered the biggest turnout when she held her autograph signing, definitely a sign of the bombshell's high popularity. Ehra can now be seen every night alongside Katrina Halili and Richard Gutierrez in the TV series Lupin.

Find out who else made the cut in the 100 Sexiest Women in the World 2007 by grabbing a special collector's edition of FHM this July, featuring the original Pantasya ng Bayan Joyce Jimenez on the cover. FHM is now available at magazine stands and bookstores for only P150 per copy.