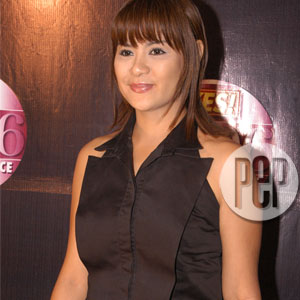 Even while going through personal battles, comedienne Candy Pangilinan brings out the funny side of her plight at the hearings of the criminal charges her ex-husband filed against her.

"I just came from my hearing at QC Hall for anti-fencing and estafa. I am officially a free person. Case dismissed. Thanks for all your prayers and support," sabi ni Candy sa text message na ipinadala niya sa PEP (Philippine Entertainment Portal).

"Today at 1:30 p.m. will be my last hearing for the cases filed against me without my knowledge... Yes, victim ako. I am a victim of this situation brought about by some people who would not want to help me at the moment. They have moved this for the third time. And each time I am just too excited to get this done and over with.


1. Ang gulo sa city hall.
2. Walang upuan for the people who come to court. When you go there to face the court for a hearing, even if you are innocent, stress ‘yon, ‘no! Tapos walang chairs to relax.
3. Ang sikip! All corridors filled with paper and bundles of documents. The smell of the old papers fills the air. It has this stingy uncomfortable feeling.
4. No air ventilation so people in the height of stress and anxiety can actually get a heart attack or aggravate the heat of their emotions because of lack of oxygen.
5. Ang init! Pagpasok mo na mainit ang ulo mo, tapos mainit pa ang lugar, aba, lalo pang iinit ang ulo mo!
6. The courtrooms are dirty and such a pity. This is the place where justice starts and is given. It's like a storage room because all walls are piled with bundles of folders and boxes. Whew!

"I suggest if I am given the chance to allocate the funds without the corruption:


1. Put proper air conditioning at the Hall of Justice.
2. Put some classical music to soothe and calm the nerves of the people there.
3. Put more plants and greens than folders and boxes to clear heads.
4. Put more inspirational verses that can uplift one's spirit hanging on the walls, rather than notes like ‘Do not urinate here'—take note, that note is posted at the stairway area.
5. Fix all the documents in the computer. Give the judges bigger rooms and cleaner courtrooms. They have studied and gained that position through experience and wisdom then it is but befitting that they be given due respect.
6. Give ample space for all the employees. Even ants would have a hard time to go through tables because of lack of walkway in their offices. They need to breathe also. They need space and some privacy.

"Yes, my dear friends. Nakaka-two days na po kaming shooting for this new movie directed by Wenn Deramas, under Viva Films, with Rufa Mae Quinto, Eugene Domingo, Pokwang, and myself. I am so excited and proud with this movie. Walang scene na itatapon because lahat ng scenes ay pinag-isipan, lahat ng shots pinagpaguran. I feel so blessed that God is really pouring down His graces on me.

"I am happy to be reunited with Rufa Mae [with whom] I had a falling out because she was supposed to be one of my bridesmaids during my wedding. But then, mas busy pa siya kay Angelina Jolie that time. To make a long story short, finally we candidly talked about it last Thursday. How funny and sincere her answer was to me...

"It was Direk Wenn who insisted that I accept the role. I did. And after the shoot yesterday, tama nga siya.

"Maganda, masaya, nakakapagod, pero nakakaginhawa. There are things that we do for money and there are things that we do because we are simply enjoying what we are doing. We are enjoying the company, the work, the vision... I am no hypocrite to say that this is an art film. Well, it's not! But it's a happy, feel good, positive, simple, heartwarming, for all ages, no traffic, no pretension movie that you should watch.

"The movie is no answer in solving the problems of the economy of our country. I assure you it will deviate your attention from everyday stress of coping with the situations and facts laid in front of you for survival. It will de-stress you and make you laugh at the intricacies of the reality. Kung ano man ang meaning nung sinabi ko, parang maganda naman pakinggan kaya 'yun na."