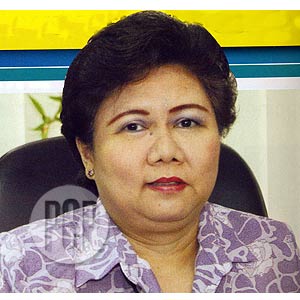 MTRCB Chair Consoliza Laguardia allegedly changed the rating of the Hollywood film Transformers from PG-13 to GP. This triggered the disgruntled MTRCB employees to file a complaint against her and they are asking for her resignation.


Nakausap ng PEP (Philippine Entertainment Portal) si Edmund Sicam, journalist and member of Movie and Television Review and Classification Board (MRTCB) sa press conference ng Gulong, an entry to the 2007 Cinemalaya Independent Film Festival. Ed was there not as a press or as an MTRCB representative but as an actor.

We then changed subject to the issue involving MTRCB—binatikos ang mismong chair ng MTRCB na si Ms. Consoliza Laguardia for the change in rating given to the Hollywood movie Transformers.

Isa si Ed sa original reviewers ng Transformers, the others being Ricardo de Leon and Cristina Concordia. While they felt that there is too much violence in the movie, binigyan pa rin nila ito ng PG-13 (Parental Guidance under age of 13) rating, meaning puwede pa ring panoorin ng mga bata as long as may kasamang magulang.

Since the document needs three signatures, a third signature was replaced, that of the MTRCB Chair.

"I don't know if she watched the movie alone. If so, that is improper since all three members must watch at the same time by our rules. If she signed the permit without watching the movie, that's even worse," sabi ni Ed.

"How could I walk out when we already signed the review?" pagtatapos niya.