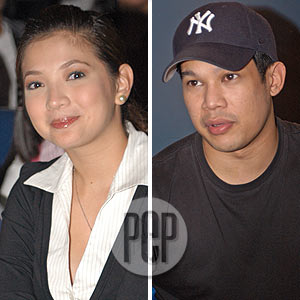 Despite Maui Taylor's doubt, DJ Mo assures the sexy actress that his apology was sincere and heartfelt.

DJ Mo Twister insisted that his apology tendered to sexy actress and former co-DJ, Maui Taylor, was sincere and not "showbiz."

Sitting once more as Showbiz Central's juror last Sunday, July 22, Mo reacted to a VTR where Maui expressed doubt on Mo's sincerity when he issued an apology to appease her anger.

Maui has openly voiced out her resentment against the controversial DJ for allegedly humiliating her on air. That was the last straw, said the sexy actress.

Mo simply denied the accusation that he wanted Maui out of the program and that he kept finding ways to boot her out.

Maui added that she would have appreciated Mo's gesture if he did it personally rather than have it relayed through reporters and other people.

In his defense, Mo pleaded that the apology he conveyed to Maui was the most sincere apology he ever rendered to anyone during his entire stay in the business.

Despite the worsening gap, Mo is hoping that everything would turn out fine in the long run, especially since they have a lot of common friends, who could convince Maui that he's really sorry.