Ardent suitor smitten by Angel Locsin's "down to earth" nature 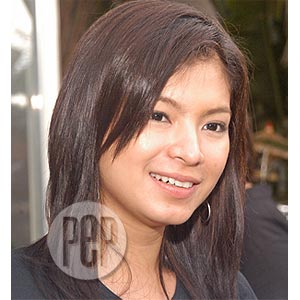 Angel Locsin is fond of her suitor, Atty. Michael Templo, and will probably say "yes" when she comes back from London this August, according to informed sources.

Atty. Michael Templo, the man who is being touted as Angel Locsin's most ardent suitor, has nothing but praises for the controversial young star who is currently in London to finish a two-week course in fashion design.

"She has a good head over her shoulders," Atty. Templo said to ABS-CBN's Mario Dumaual in an interview aired yesterday by TV Patrol World.

According to the immigration lawyer, he is awed by Angel's down-to-earth personality, more than by her physical attributes and celebrity status.

The two reportedly met when Angel was attending to her papers and documents that would enable her to fly to abroad and study. Since then, Angel and New York educated Michael, who expressed interest in winning Angel's heart, were said to be in constant communication.

Despite being close and enjoying each other's company, Michael denied that they're already an item, a clear indication that they're still in the courting stage. But sources close to Angel have hinted that the two may finally seal their relationship once Angel returns this August from London.

Although not a celebrity, Michael is no stranger to show business. His mother is former actress-singer Mildred Ortega, who halted her showbiz career when she married former General Mitch Templo.

This is also not the first time that Michael's name got involved in the rumor mill. While still studying in New York several years back, Michael was linked to then TV host Claudine Trillo who is now married to former cager, Jason Webb.

In related news, Angel's controversial manager Becky Aguila clarified rumors that a network is financially supporting her talent's London education. Becky in a statement condemned the malicious reports and revealed that Angel's future business partners were the ones who helped Angel study abroad.

Angel is currently staying in a convent dormitory in London, which would help in nurturing Angel's spiritual growth, said Angel's manager.