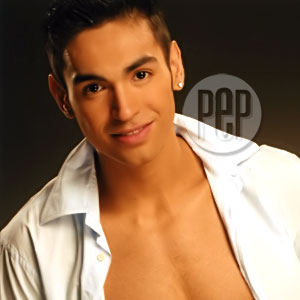 Rumors that Carlos Agassi is dying recently surfaced. In local showbiz, this is the nth time that a "false death" report has circulated. Before Carlos, Isabel Granada and Rudy Fernandez also suffered the same deadly gossip.

Hunk actor Carlos Agassi is very much alive and has no trace of any sort of illness.

In a taped interview with Entertainment Live on August 25, he denied reports circulating that he is on the brink of death due to overdose of steroids.

In Butch Francisco's column "Star Bytes" (Philippine Star, August 21) the Startalk host wrote, "A few months ago, a body-builder friend from a former gym I used to frequent told me how Carlos Agassi is said to be dying. Carlos supposedly had too many steroids [to hasten the bulging of muscles] injected into his body and now his kidneys refuse to function. The guy is reportedly having regular dialysis and looks so thin and is almost at the brink of death."

Meanwhile, the same article also reported that an interview with Carlos was initially set to clear the issue, but due to a miscommunication, it did not materialize.

Carlos clarified, "Sabi nila we have to come up with a presscon talking about your health. And it turned into a miscommunication na gusto kong magpa-interview pero wala naman.

"So that's it, I apologize for the miscommunication na gusto ko pong magpa-interview sa kanya [Butch], of course, for Startalk and for his column, and hindi naman [nangyari]. And it never reached me, when it reached me it was too late na, nasulat na niya, nagkagulatan na."

In the end, Carlos asked the media to clarify the reports first before writing about them.