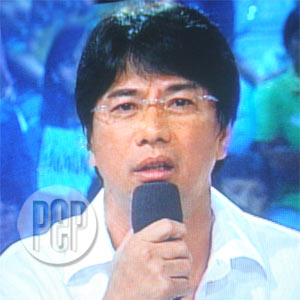 "Wowowee assures all its supporters that all games and contests in the program are executed with transparency, fairness, and honesty," states ABS-CBN.


More than one week after the controversial "Wilyonaryo" incident in Wowowee, ABS-CBN finally released an official statement.

The noontime show hosted by Willie Revillame has been under fire since the controversy occurred last August 20. Although ABS-CBN already claimed that the incident was an "honest mistake", critics continued to bash Wowowee and Willie himself, who is being accused of rigging the game.

Earlier today, August 29, at Wowowee, Willie publicly reacted to Joey de Leon's snide remarks against him and his show. Joey is one of the hosts of Wowowee's rival program, Eat Bulaga! on GMA-7.

Then, after a few hours, PEP (Philippine Entertainment Portal) received a copy of ABS-CBN's official statement regarding the "Wilyonaryo" controversy from the Corporate Communications department of the Kapamilya network.

The following is the official statement of ABS-CBN:

"There was no cheating in the August 20 episode of ‘Wilyonaryo', the new game portion in Wowowee.

"The revelation of where the P2 million jackpot prize is happened after the contestant decided to get Willie's offer. Since 'Wilyonaryo' is a new game, a mechanical glitch occurred in the reveal portion.

"Wowowee assures all its supporters that all games and contests in the program are executed with transparency, fairness, and honesty.

"Wowowee will continue to give cheer, help, and fulfillment of the dreams of millions of viewers around the world."